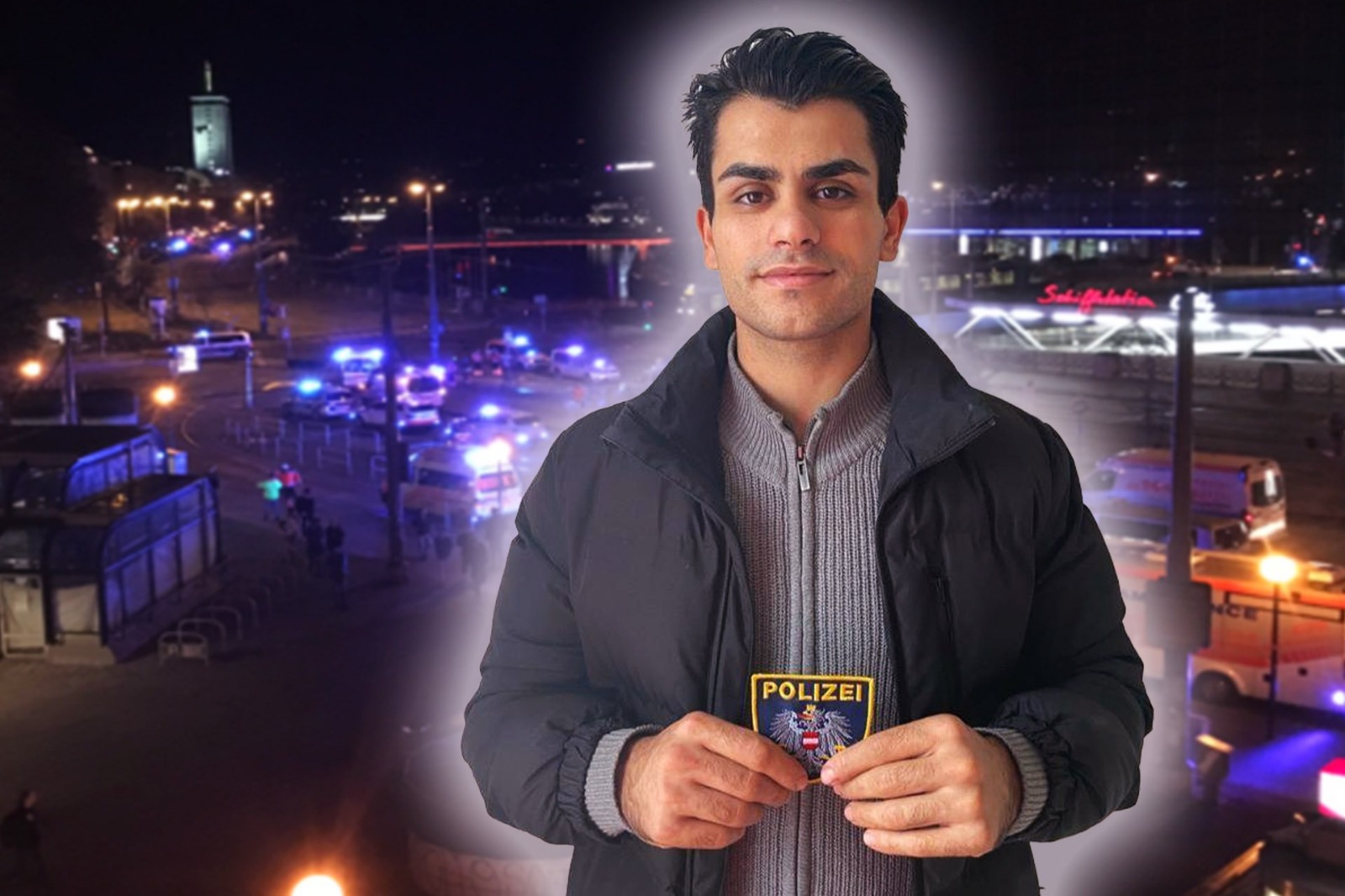 On November 2nd, four people died in Vienna in a terror attack. The number of victims could have been larger if courageous people had not intervened.  Abu El Hosna, Recep Tayyip Gültekin and Mikail Özen were able to help a policeman and a woman in extreme danger, risking their own lives. Of all people, three young Muslim menbecame the heroes of the city.

Four people were in the wrong place at the wrong time on Monday night. They were at work, going home after work or simply wanted to enjoy a drink ata bar on the last night before the new lockdown. Suddenly and indiscriminately an ISIS follower started to shoot people in the center of Vienna.

Goal of ISIS: No peaceful coexistence

With a cowardly terror attack on peaceful citizens in Vienna, ISIS wants to provoke right-wing extremist attacks on the Muslim population. It does not want peaceful coexistence between Muslims and non-Muslims. In turn, the Islamist terrorists are convinced that will drive Muslims, that live in Western countries, to the IS. The goal is to create a deeply divided society.

Yet, on the night of the terror attack in Vienna, in addition to police and emergency services, three men in particular stand out:

Osama Abu El Hosna, a young Palestenian man from Lower Austria, was at Schwedenplatz when the shooting began. The square was just being evacuated when Osama arrived with a friend from work at a McDonalds on Schwedenplatz in Vienna. Shots were being fired. His friend laied down on the floor to hide. Osama fled behind a tree. When a policeman tried to get the 23-year-old to a safe place, the gunman shot the police officer.

Osama pulls the injured policeman out of the line of fire behind a cement bench for cover. The policeman advises him to flee, but Osama stays:

“I told myself: I am not running away. I’m staying here until I can get everyone to a safe place. No matter what happens next. They’ve come to help me, so I’m not leaving.”

While another policeman protects them, Osama provides first aid and tries to stop the bleeding. After ten minutes, the ambulance arrives. It remains at a safe distance of 30 meters from the injured police officer. Mikail Özen and Recep Gültekin, two Viennese men with a Turkish background,  appear, who were just about to have a last coffee before the lockdown. Together the three young men carry the bleeding policeman to the ambulance. While doing so, Gültekin is shot and injured.

Honored by the mayor of Vienna

Mikail Özen posted a video on social media explaining what he and his friend Recep experienced that night of the attack on Vienna. He wishes the rescued police officer a good recovery and ends with a message to the world:

“We Muslims of Turkish origin despise any kind of terror. We stand for Austria, we stand for Vienna. No matter what happens, we are ready to help at any time.”

For their courage and dedication the Mayor of the city of thanked them and invited the heroes of Vienna to the City Hall for coffee.

This work is licensed under the Creative Common License. It can be republished for free, either translated or in the original language. In both cases, please cite Kontrast.at / Thomas Hackl as the original source/author and set a link to this article on Scoop.me. https://scoop.me/vienna-terror-attack-help/ The rights to the content remain with the original publisher.
original source
REPUBLISH