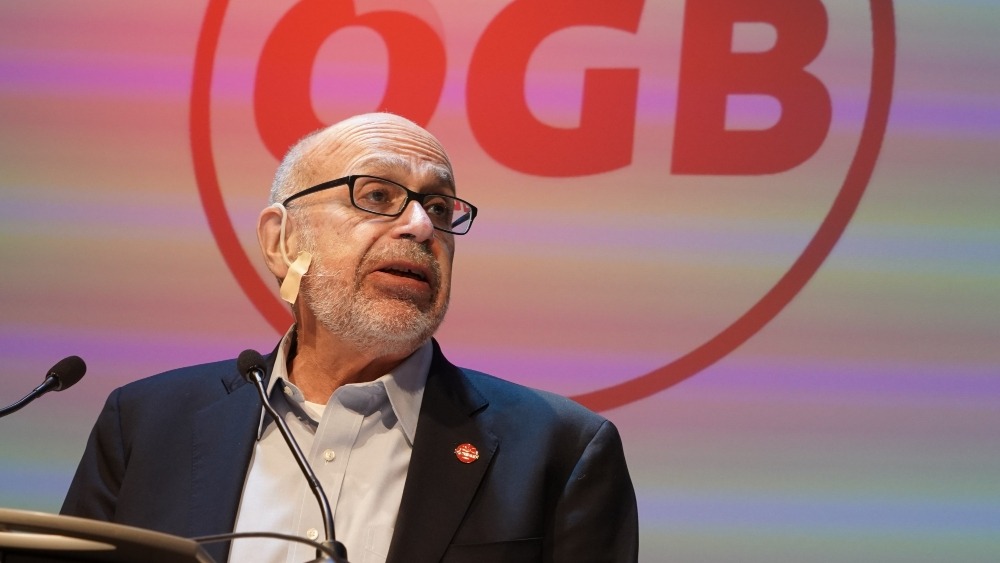 He is one of the most important leaders of the labor movement in the USA and a fierce critic of Donald Trump. We sat down with Stuart Appelbaum, the vice president of the AFL-CIO, the national association of trade unions in the USA, and talked with him about the struggle of workers in Trump America.

What is it like to be a trade unionist under President Donald Trump?

Appelbaum: I think our role as trade unionists does not change depending on who is president. We always fight for the working people. We know: In a world where so much goes wrong, the working people have only themselves to protect their interests. The challenges are greater, but our mission and vision remain the same.

Appelbaum: Trump is not exactly known for telling the truth. And this is another case of him lying to people. Most union members, most workers, still refuse to believe Trump’s lies. In the last election he deceived many workers. He told them that he understands their concerns and that he will support them. That turned out to be wrong. He has passed laws that have harmed the working population. He has appointed government officials who clearly oppose the interests of trade unions and the working population.

Trump’s government has the most anti-union Secretary of Labor in the history of the United States. He has cut overtime payments to millions of workers. He has weakened safety and health regulations for workers.

Trump has promised workers that he will bring jobs back to the US. But he lied. The majority of the working population will still vote against Donald Trump in 2020.

There is the story that the white working class made Trump president. Why do you think so many union members voted for Trump?

Appelbaum: Many union members voted for Trump, but the vast majority did not. I don’t think the Democrats did enough to show working people that they will do something for them. Trump lied when he said he would take care of their concerns. We have to make sure that people know what is at stake in this election. What Trump does is tell people not to vote based on their own economic interests, but to focus on other issues, like social or cultural issues. This distracts them from what is really important for them and their families.

What role will trade unions play in the presidential election campaign?

Appelbaum: Without a strong trade union movement there would be no Democratic Party. Our candidates understand that. We had more discussions about the needs of the working population and the role of trade unions in this election than in any other election I remember. If democrats want to win, they must address the concerns and fears of the working population. There is no other way.

The trade union movement in the USA is growing fast. Why is that the case?

Appelbaum: People talk about how well the economy is developing, but it is not developing well for working people. It is developing well for a small part of the population. Working people struggles to survive every day. Full-time jobs have become part time jobs, and work has become increasingly precarious. People are worried. But they also see the unacceptable income differences that we have in the USA. I believe that people recognize that if they want to protect themselves and their families, they must come together in trade unions. Support for trade unions in the US is stronger today than it has been for many years.

The economy is changing a lot right now. How do trade unions have to change to keep up?

Appelbaum: The economy is constantly changing. What needs to be done to ensure that working people have a place at the table to influence how this change affects their lives. We need to ensure that the profits generated by rising productivity are shared fairly. Workers must also receive their fair share. We also need to be part of the discussion on the impact of technological progress on jobs.

The USA is a very diverse country. What do trade unions have to do to encourage all workers to come together, despite their differences?

Appelbaum: The US is characterized by different kinds of diversity – both in terms of its population and in terms of the jobs we all have.

But no matter what profession we have, no matter where we come from, no matter what language we speak, we all have the same concern. And that is the question of how we can achieve a better life for ourselves and our family.

This is a concern that we all share. The moment we articulate this concern, we realize: Together we are stronger! Solidarity is the basis of the workers’ movement.

If you had a sentence to get someone to join the union, what would it be?

Appelbaum: The voice of the individual is often overheard, but when we come together, we have the power to change something. 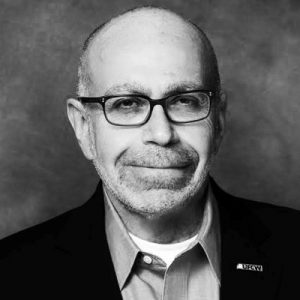 Stuart Appelbaum is the vice president of the AFL-CIO, the US-American counterpart to the British TUC or the Austrian ÖGB, and president of the RWDSU, the union of retail employees. He also sits on the Democratic National Committee, the executive committee of the Democratic Party. He comes from a Jewish family in New York and his father was a postman. Thanks to a scholarship from his father’s union, Appelbaum was able to study law, first at Brandeis University and then at Harvard. Under his leadership, the U.S. trade union movement became more involved in the broader political struggle and, after years of membership decline, began to grow again.