scoop.me
Home Europe „Humanity will always win“: How a left-wing mayor governs the city with... 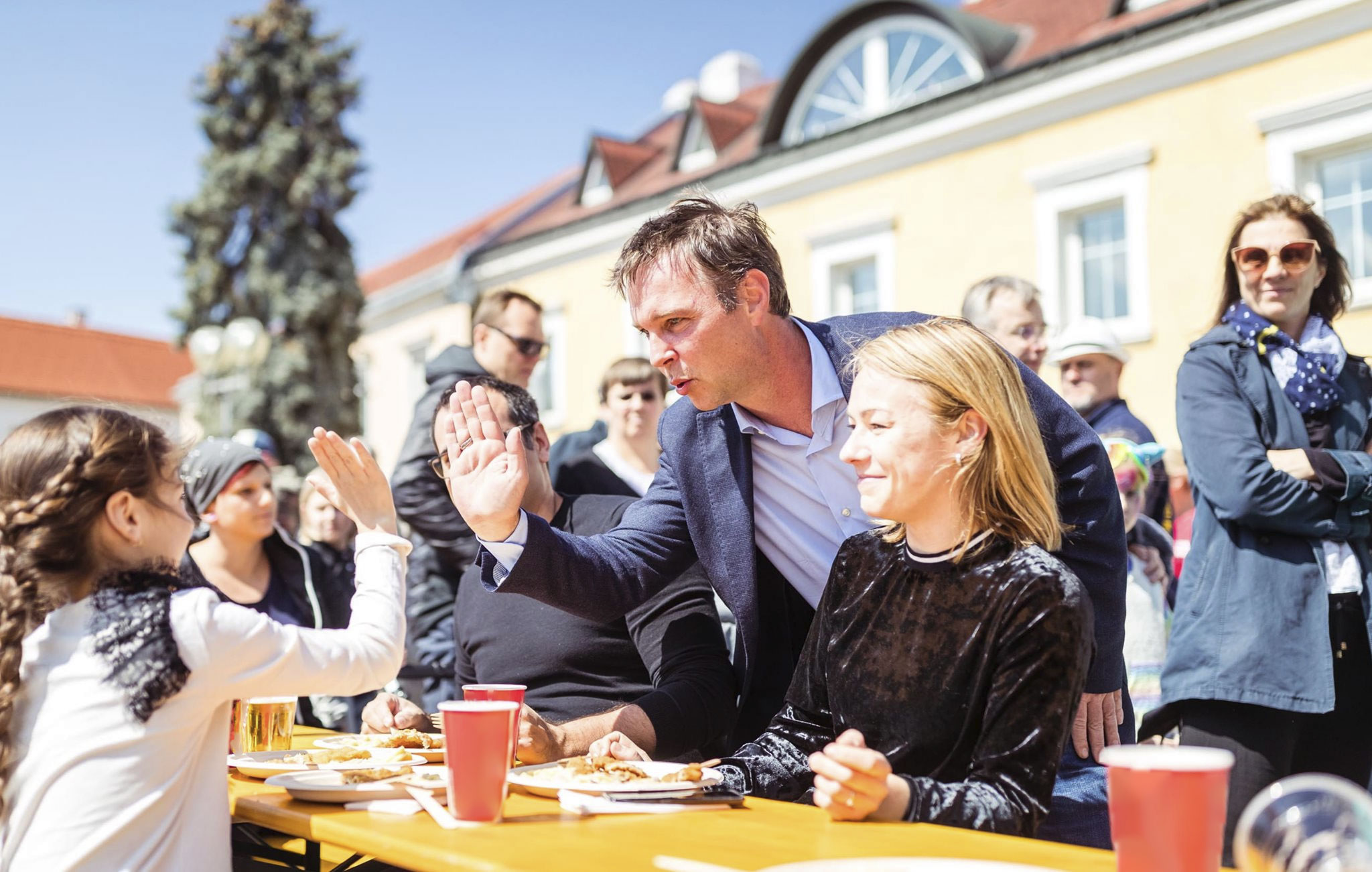 The small town of Traiskirchen is home to both Austria’s largest refugee camp and a successful left-wing mayor. While right-wing populists are gaining ground around the world, the Social Democrats hold 28 of the 37 local councillors in Traiskirchen. The small town is trying to defy large international corporations and put community above hate. “That´s our mission”, says Mayor Andreas Babler.

“We are a typical community, but at the same time an extraordinary one,” says Mayor Andreas Babler about his small Austrian town Traiskirchen. By “typical” he means: Industrial location, around 20,000 inhabitants, and a few inns. By “extraordinary” he means everything else. Living together with refugees, for example. Traiskirchen is home to the largest refugee camp in Austria. At the time of the refugee movement in 2015, up to 4,500 refugees lived here in a very confined space – that is almost a quarter of the total population of Traiskirchen. While refugees elsewhere are abused in the streets, the citizens in Traiskirchen organize relief actions for them.

It is also unusual that Traiskirchen is governed on the left. Despite the fact that the town is located in the predominantly conservative province of Lower Austria, the Social Democrats under Babler rule in Traiskirchen with over 70% of the vote.

In Traiskirchen, community and solidarity dominate over hate and populism. What makes life in this small Austrian town so special? It all began over 120 years ago, says Mayor Andreas Babler.

At the time of industrialisation at the end of the 19th century, the rubber manufacturer Semperit built a factory in Traiskirchen, which was to bring prosperity to the small town for many decades. In the 1930s, around 9,000 people lived in Traiskirchen – 2,000 of them worked at the Semperit factory. “The performance of the workers back then produced the prosperity of the town,” says the social democrat Babler. This was only possible because the trade union in Traiskirchen was well organized. It ensured high wages and a decent company pension scheme. The Semperit workers earned so well that they and their families were able to spend money in the community – the whole town flourished.

Over 100 years later, the Semperit factory closed, but the jobs remained. Globalization and increasing competitive pressure ensured that Semperit was sold to the German tire giant Continental in the 1980s. The Production was gradually outsourced to countries with cheaper labour costs, and in 2010 the Traiskirchen site finally closed its doors.

“We do not want to make ourselves dependent on large corporations,” says Mayor Babler. The community is therefore working on revitalizing the former Semperit factory site. There are now more than 1,000 jobs there again.

Pressure on politicians, not refugees

Like industry, the refugee camp also shapes Traiskirchen’s identity. For more than 60 years, Austria’s largest refugee accommodation has been located there. The refugee camp is somehow a mirror of the world: In 1968, after the fall of the Prague Spring, mainly people from Czechoslovakia found shelter in Traiskirchen, in 1973 Chileans fled to Traiskirchen from the massacres of the Pinochet regime, in the 2000s it was mainly Iraqis and Afghans.

In 2015, as a result of the Syrian war, up to 4,500 refugees were living in Traiskirchen – that is a quarter of the total resident population. That time, the refugee movement led to the rise of right-wing populists throughout Europe. Not in Traiskirchen.

“In 2015 we had to accommodate some of the refugees in tents because we no longer had any room left,” says Mayor Babler. “When the temperature in the tents rose to 60 degrees Celcius in summer, the population called for water to be brought to the refugee camp. The solidarity was great”.

In Traiskirchen, according to the mayor, refugee policy is always made under the aspect of humanism. “Elsewhere, pressure is being exerted on refugees, although they are not responsible for the fact that they have to flee.” Instead, he says, the town of Traiskirchen tries to put political pressure on those who are to blame for the wars that force people to flee.

Everyone plays a part

Traiskirchen also played a pioneering role in the Corona crisis. The municipality reacted with a bundle of measures. Traiskirchen was the first town in Austria to offer food and medicine deliveries for the elderly. Older people and people with special needs were telephoned during the crisis to help them in isolation and offer them someone to talk to. The payments for childcare facilities were suspended in order to relieve the financial burden on Traiskirchen parents during the crisis. Concerts were even organised in the gardens of retirement homes to give the residents a change from everyday life in their home – the mayor himself also picked up a guitar. “We tried to protect the most important thing in this crisis: the people. Humanity will always win.”

People are always the focus of attention in Traiskirchen. Everyone, regardless of their financial possibilities, should be able to participate in social life. That is why the city supports associations and voluntary work. There are music clubs, sports clubs, cultural clubs, parents’ associations and even a stamp club in small Traiskirchen. They all offer citizens the opportunity to be part of it without having to pay a lot of money for it. To be able to learn an instrument in a music club or to play in a football team – that means to be part of it, that means to participate in social life.

“We are part of a worldwide movement”

Babler has no advice for his social democratic colleagues around the world. Just a reminder: “Even if we are only sitting in a small Austrian town, we are still part of a worldwide movement. Our mission is and has always been to be a mouthpiece for the broad mass of working people.”