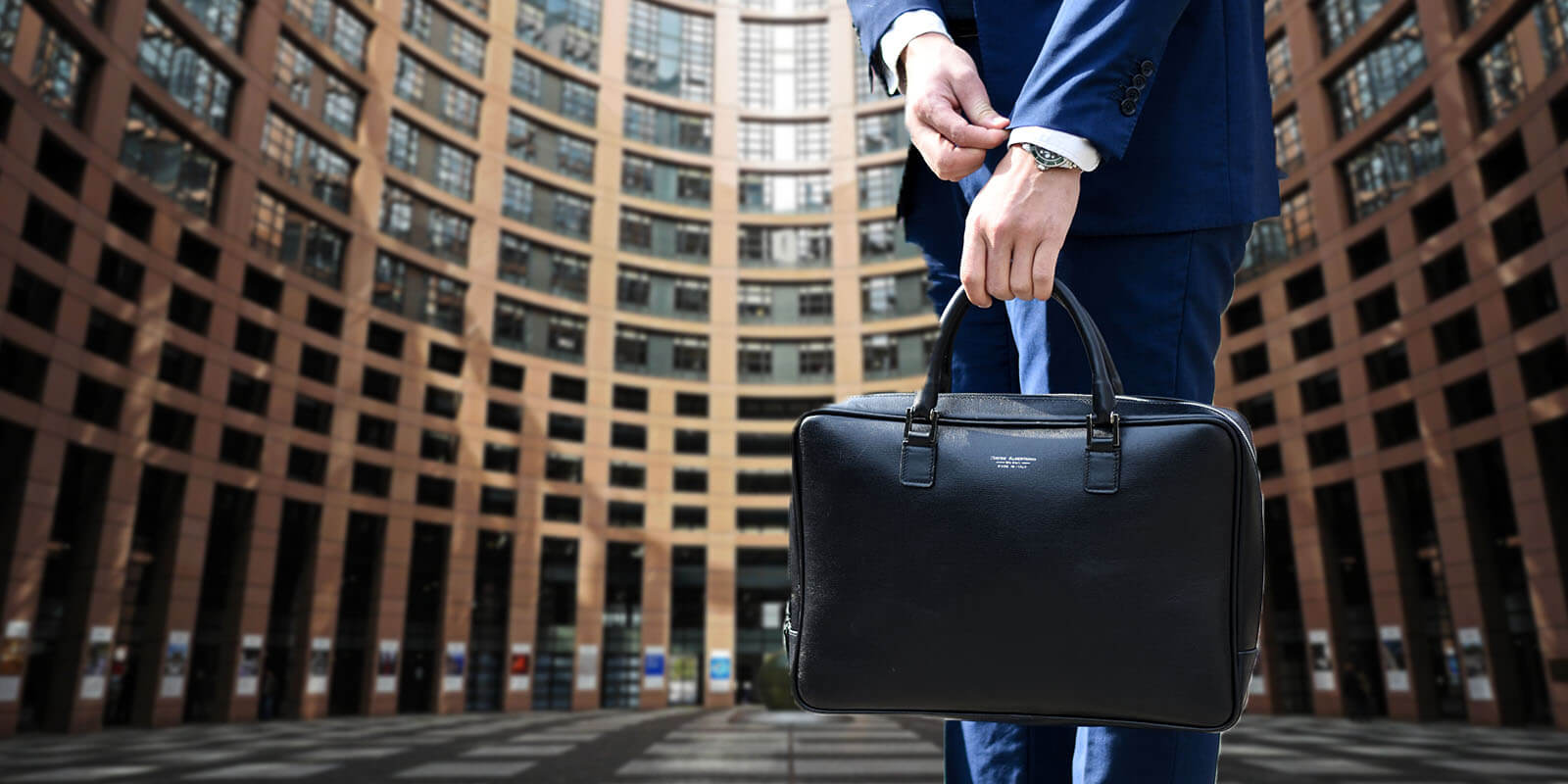 Transnational companies with billions in sales often pay lower taxes than their employees. A study presented at the World Economic Forum in Davos now shows: The EU member states lose 170 billion euros annually through corporations and rich individuals avoiding taxes. Big companies use all sorts of tricks to minimize taxes and maximize profits. Here is how tax avoidance works and what can be done to end it.

Imagine: In one fell swoop, the entire annual deficit of all EU states is wiped out and there are still 56 billion euros left free to spend. Imagine: Europe is able to invest extra billions and billions of euros in climate protection, education, health care or public transport. This is exactly what happens if Europe finally fights tax avoidance and tax evasion. 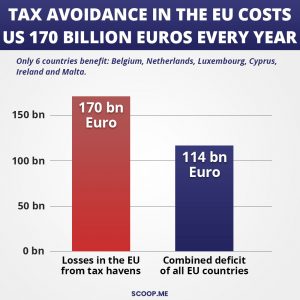 A study of the Polish Economic Institute recently presented at the World Economic Forum in Davos shows shocking results: EU member states lose a total of 170 billion euros – every year. Tax avoidance is a multilevel issue. 60 of the 170 billions are lost due to artificial profit shifting by multinational companies. 46 billion euros due to moving wealth by rich individuals and 64 billion due to cross-border VAT frauds.

And it is getting worse. The average corporate income taxation in the EU falls throughout the past two decades from 24% in 2000 to 16% in 2017. Only six countries benefit from tax avoidance: Belgium, Cyprus, Ireland, Luxembourg, Malta and the Netherlands.

Large and international accountancy and auditing firms such as PricewaterhouseCoopers, Ernst & Young, Deloitte or KPMG assist in tax avoiding methods. They advertise measures to “optimize” tax payments from major customers.

Richard Murphy is professor of International Political Economics at the City University of London. He classifies these measures as a threat to democracy:

“The biggest threat to global democracy is not North Korea, it is the Big Four accountancy firms (PwC KPMG, Deloitte and Ernst & Young). The threat is that they undermine the revenues that elected governments expect to receive. If you undermine government revenues, then you deny them the chance to fulfil their democratic mandate and the electorate gets fed up.“

Accountancy firms, according to Murphy, support tax evasion. The consequences are that one state after another is facing deficits. The resulting costs are burdened on those who rely on benefits of the welfare state.

How to end tax avoidance in the EU

How can Europe end tax avoidance and tax evasion? The Polish Economic Institute recommends several actions in its study, for example:

Support comes from Joseph Stiglitz, American economist and recipient of the Nobel Prize. He proposes a global minimum tax of about 25% that is able to end the current race to the bottom. Stiglitz says:

“The world is facing multiple crises – including climate change, inequality, slowing growth, and decaying infrastructure – none of which can be addressed without well-resourced governments. Unfortunately, the current proposals for reforming global taxation simply don’t go far enough. Multinationals must be compelled to do their part.”

This work is licensed under the Creative Common License. It can be republished for free, either translated or in the original language. In both cases, please cite Scoop.me / Philipp Stadler as the original source/author and set a link to this article on Scoop.me. https://scoop.me/tax-avoidance-eu/ The rights to the content remain with the original publisher.
original source
REPUBLISH