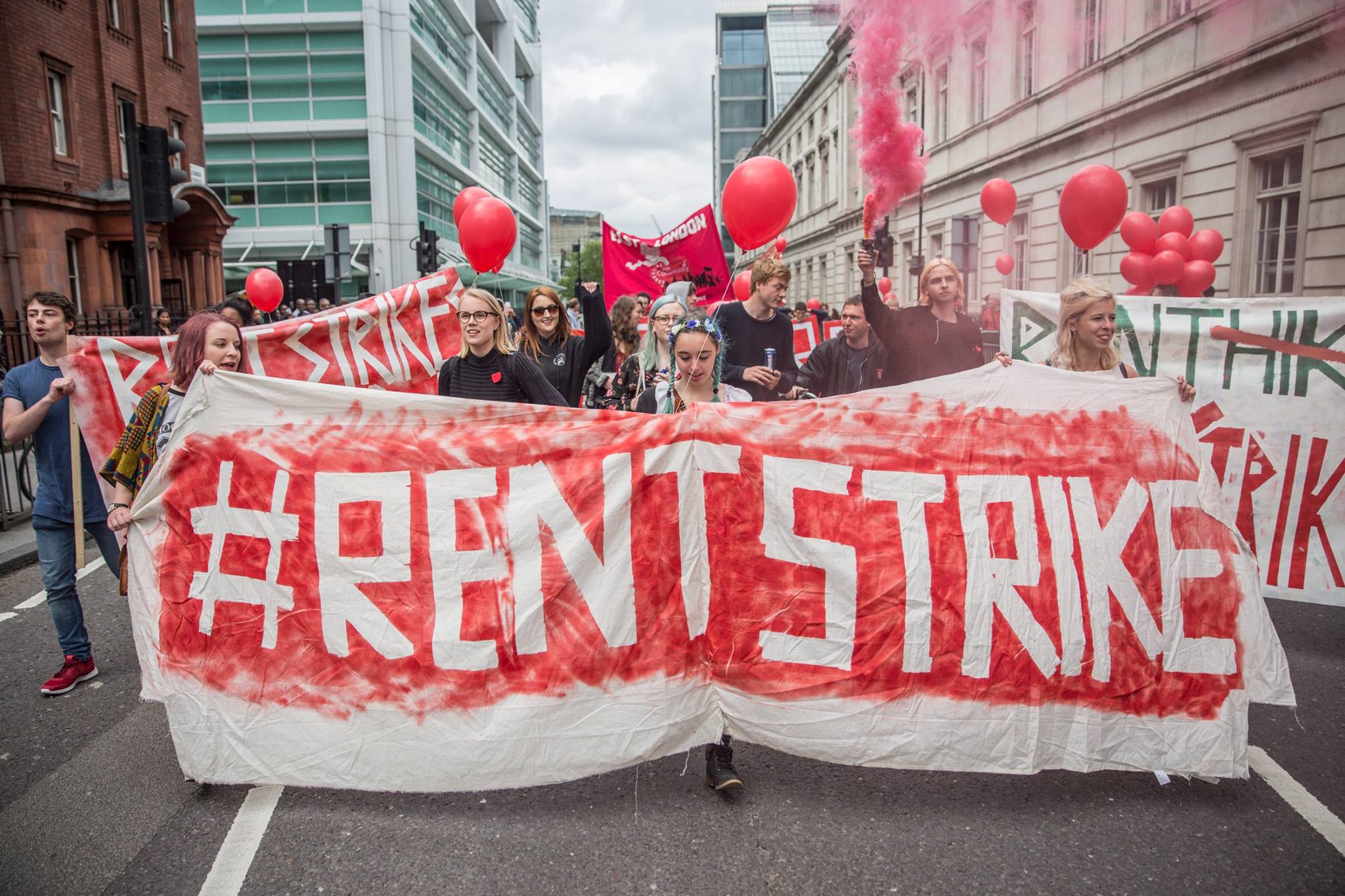 Students from at least 20 universities across Britain are planning to to go on rent strike when they return from the Christmas break – unless their universities agree to negotiate on rent reductions. They insist that they should not be made to pay premium rates. Especially in the midst of a pandemic, when in-person teaching and campus life is so limited.

In November, there were successful mass strikes, leading the University of Manchester to reduce halls rent by 30 per cent for the autumn term. The success of campaigns so far has created a movement across the UK. At least 20 rent strikes are currently underway or being organised on campuses. Hundreds of students at universities such as Oxford, Cambridge, Sussex, Goldsmiths, and Edinburgh are preparing to take action in 2021. The action comes from growing frustration at online teaching, conditions in halls of residence and an alleged lack of mental health support.

Matthew Lee from Rent Strike, a grassroots group in the UK, that is coordinating many of the strikes, told The Guardian that students were fed up with being treated as cash cows for universities, especially in the midst of a pandemic when in-person teaching and campus life was so limited. Ben McGowan, one of the Manchester organisers, told The Guardian: “We are going to keep withholding our rent. And we are helping other universities set up their own strikes because every student in the country deserves a rent cut. Students should not be paying for halls when they are not there,” he said.

Research by the National Union for Students (NUS) shows that the average rent for student accommodation accounted for 73% of the student loan in 2018. In 2012 it was 58%. According to The Guardian, UK Universities generated £1.9bn from residential operations, including hall rents, in the last academic year.

“The colleges are so rich they absolutely have the means to make rent cuts and ensure staff are not laid off,” said Laura Hone from Rent Strike Cambridge. “Yet they continually put profit ahead of the welfare of students and staff. They are run like businesses – that has become particularly stark in the context of the pandemic.”

According to the National Union of Students president, Larissa Kennedy, Universities encouraged students to move into halls. This is due to the fact, that the institutes are heavily dependent on rent and tuition fees. “Students have been essentially lied to,” she said. “They were told campuses would be safe and there would be face-to-face teaching but, within days of arriving, many found teaching was completely online – or everything bar two hours of in-person teaching was online. Understandably, students feel like they have been trapped on campuses so universities can collect rent and fees.”

“Universities have turned into mega landlords, collecting millions of pounds in rent every year”

Cut the rent: More strikes in the making

Besides the University of Manchester, Bristol University said it was offering a 30 per cent rent cut for seven weeks. Sussex University said they would try to make campus safe and support those staying over the Christmas break. Cambridge said “the majority of students had been strongly appreciative” of the support provided by the University.

In Manchester, students are preparing themselves to call for further rent reductions in the spring term. Their anger against the universities runs deeper than anger over the coronavirus crisis. “I think for years we’ve had a morally bankrupt higher education system,” Ben McGowan told inews.