Spain has the lowest inflation rate in the EU. What are the Spanish under Prime Minister Pedro Sánchez doing differently—and better? First and foremost, gas price caps and the rent brake are curbing prices. Next year, they will go one step further: VAT on basic foodstuffs will fall, making food cheaper in one fell swoop.

Left-ruled Spain now announced, at the end of December, the third major anti-inflation aid package this year to relieve the Spanish population from inflation. This package includes 10 billion euros, bringing the total amount that the government of Pedro Sánchez (of the socialist PSOE) has put in place since the beginning of the year to cushion inflation to 45 billion euros.

First, the aid package includes a one-time payment of 200 euros for about 4.2 million low-income households (up to about 27,000 euros) and an extension of tax cuts on energy bills for the first half of next year. In addition, all pensions are to be increased by 8.5 percent, and particularly low pensions by as much as 15 percent.

Success in Spain: lower electricity prices and the lowest inflation rate in the EU

There has already been direct aid, concessions on loans and price brakes: rents in the country may increase by a maximum of two percent per year. According to Sanchez, the aim is to ensure that aid reaches those who really need it.

In particular, the gas price brake, which Spain and Portugal were the first in Europe to introduce in May, proved to be an effective intervention to curb prices. Compared with November last year, electricity prices fell by over 22 percent. The gas price brake is in place for 12 months and ensures that gas costs a maximum of 50 euros per megawatt hour. By comparison, wholesale gas prices peaked at 1,000 euros per MWh in the summer.

Inflation over the past 12 months slowed to 6.7 percent in November. It is the lowest rate of the 27 EU member states.

Currently, food prices are a thorn in the sight of the population, but also of the government. This is because they have risen by 15 percent compared with the fall of last year.

That’s why Spain’s government announced that it will reduce VAT next year on staple foods such as bread, cheese, milk, fruit and vegetables, and cereals from 4 percent to 0 percent. For pasta and cooking oils, the VAT will be cut in half to 5 percent, he said.

Sánchez also said he would extend subsidies for train commuters for another year and further limit rent increases.

However, the reduction in the price of gasoline for consumers:inside, except the transport industry, will be discontinued.

The result of the left-wing government’s policies: economic growth in Spain was more than 5 percent in 2022 and therefore even exceeded government forecasts. The country will be able to avoid a recession next year.

This work is licensed under the Creative Common License. It can be republished for free, either translated or in the original language. In both cases, please cite / Kathrin Glösel as the original source/author and set a link to this article on Scoop.me. https://scoop.me/spain-inflation/ The rights to the content remain with the original publisher.
original source
REPUBLISH 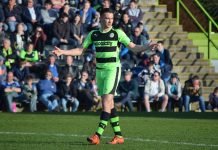 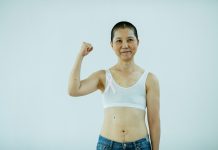 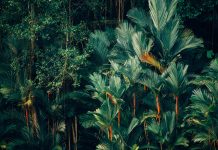