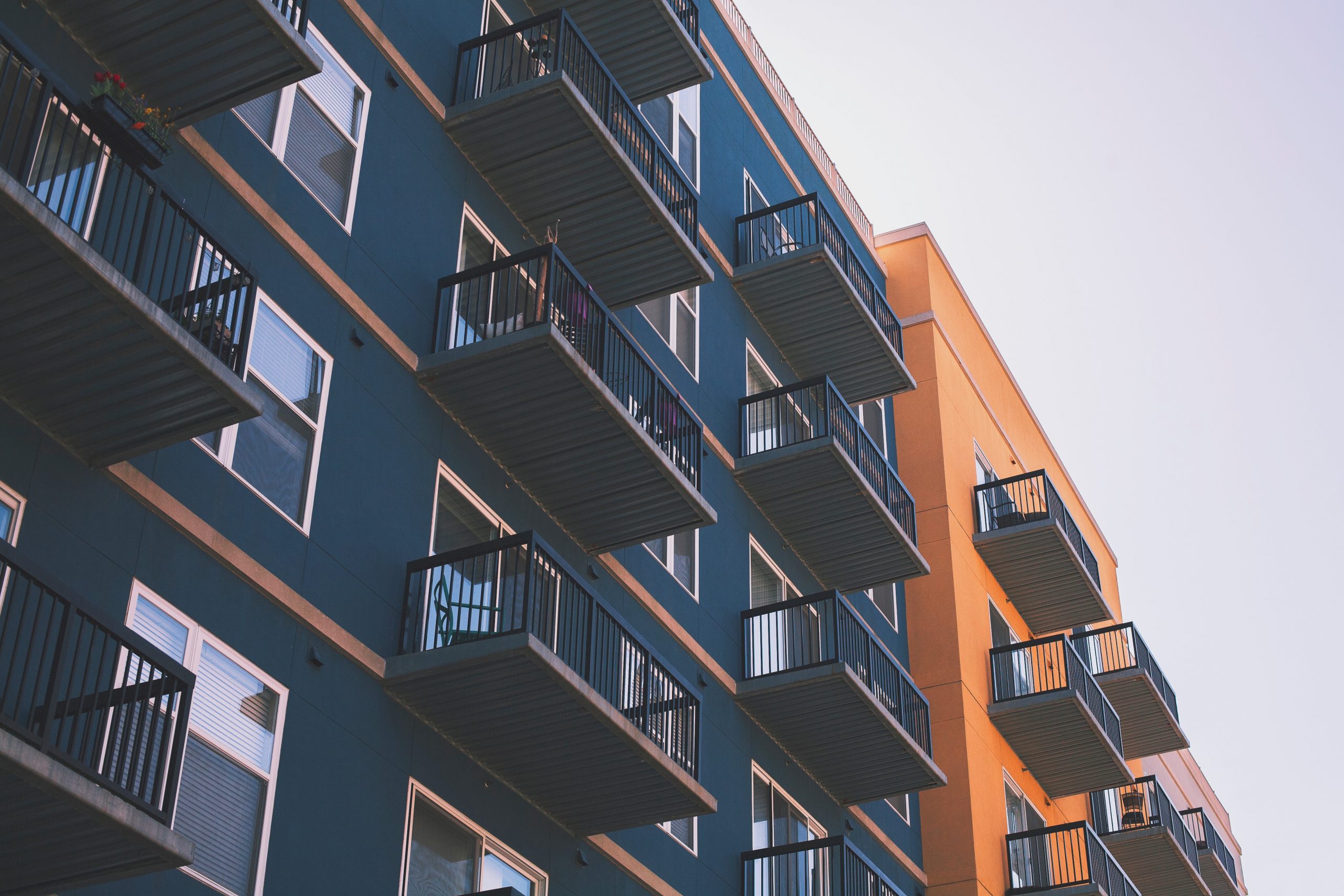 Due to high rental prices in cities like London, Paris and Munich, employees and families can no longer afford to live there. Many flats and houses are empty while at the same time rents and house prices rise rapidly. This is due to the fact that living space has become a valuable investment opportunity for the rich. Speculation in the housing market makes rental prices in Europe explode. We show how cities such as Vienna, Berlin and Barcelona and countries like Denmark and New Zealand take action. More social housing is part of the solution.

In Austria, you face similar problems in Vienna, Salzburg or Bregenz when looking for a place to live: The situation in the housing market is tight. In the past, affordable housing meant spending 25 percent of your income on your rent. Now, tenants spend up to 30 or 40 percent of their income.

Within 10 years, square metre prices for apartments in Salzburg, Graz and Vienna have increased by a third.

Rental prices are rising massively, especially in the cities. It’s a phenomenon that affects people all over Europe.

Rents rise faster than inflation. This is not a natural development and becomes obvious when we look at the operating expenses: They rise only moderately along with inflation.

So, how come that housing has become so expensive? Of course, more and more people demand apartments in large cities and the surrounding areas. But the explosion in rental prices in recent years has been mainly caused by speculation. Since there is hardly any interest in money deposits in regular banks, investors look for new investment opportunities with high profits. They buy real estates as investments, but hardly ever put them out for rent. The result: Empty flats and houses, fewer real estates on the market to meet the demand – and in the end: higher prices.

In Munich, Germany, where prices have quadrupled within a few years, the situation reached a point where new construction projects are delayed deliberately: Approved projects are left lying around for years because investors count on prices to rise even further. Therefore, an obligation to finish buildings and a tax on increased land value for private investors are discussed.

More and more people move to the cities and suburbs. The reasons: Better working conditions, more childcare and more health facilities. But instead of meeting the demand for affordable housing, building contractors and landlords raise rental prices, e.g. by renovations or by consolidating apartments. Often, they even push out established tenants.

Here’s an example of Vienna that attracted media attention: In 2011, a real estate company bought a house in the second district. The company left the house deteriorated. 17 of the original 20 parties moved out – after they had complained various times. They accused the new owner of bullying. In order to get rid of the remaining three tenants, the real estate company intentionally moved in a group of punks, who were supposed to spread an unpleasant climate for the old-established residents: They paid a symbolic rent of one euro per month. However, the plan backfired! The punks, who had been invited to the house, showed solidarity with the old tenants and did not move out when their contract expired. They occupied the apartment building – the old tenants stayed with their new neighbours. In the end, the house was evicted by the police.

Once the original tenants with old, low rents were driven out of the house, expensive renovations began. The results were large, expensive apartments with rental prices starting at 1,000 euros per month.

Another problem that makes rents rise is vacancy. In order to achieve the highest possible price, apartments are held back from the market. At the moment, there are no precise figures on vacant apartments, neither in Austria nor other countires in Europe. In Vienna, it is estimated that between 30,000 and 100,000 flats are empty. In 2015 the city government estimated 25,000 flats that had not been used for two and a half years and 10,000 flats that had been vacant for more than two and a half years.

It is difficult to determine the vacancy rate. Jochen Biedermann, District Councillor in Neukoelln (Berlin, Germany), investigates the vacancy problem in his district. In Berlin, there is a shortage of living space while dozens of apartment buildings are decaying.

“It’s very complicated to follow up these cases. It’s a lengthy administrative process. First You have to find out ‘which apartment is at issue and who owns it?’ Then the owner is contacted and can make a statement. In case of doubt, the owner will then bring forward any arguments, Why the apartment is empty, then you have to evaluate and check them. that has been going on for a while”, says Jochen Biedermann (City Councillor in NeukOelln, Germany)

Initiatives such as the “vacancy detector” in Vienna, that enables citizens to report vacancies, try to find a solution. One reason why it is so difficult to track down speculative vacancies is that owners are often foreign fund companies. Their actions can hardly be traced. The extent of speculation with residential property can be estimated on the basis of the sales. For example in Germany: In 2017, 59.4 billion euros ran into the purchase of German real estate. In 2010, it was still 20.5 billion. 30.2 billion euros, half of this amount, came from foreign buyers.

Many demand a vacancy tax. The City of Vienna had such a tax in the 1980s until it was abolished by the Constitutional Court in 1985. In 2016, the City of Vienna reviewed a new introduction.

Almost half of Austrians own the homes they live in. More than half of all tenants live in socially subsidized apartments or houses. If the city of Vienna has its way, this number should increase. In order to offer affordable homes to as many people as possible, two thirds of new building sites for homes must be dedicated for subsidised housing. In recent years, the share of new constructions in subsidises housing has fallen from two thirds to one third. Thanks to the new law, at least half of all newly built housing should again be subsidised in future and thus be affordable.

The benefits: Rents are regulated, they have upper limits. There are no time limits for renting itself and there are no broker commissions, deposits or surcharges to pay. But subsidised apartments not only means lower prices for tenants living there: A large supply of affordable housing also has an impact on the private housing market. If there are many cheap or at least affordable apartments, private landlords have to adapt prices as well to find tenants and have incomes.

At an average of EUR 9.60 per rented square metre, Vienna is virtually inexpensive by European standards.

In contrast: 15.50 euros must be paid per square metre in Madrid, 13.40 euros in Rome. The front-runners are London and Paris. Here, landlords charge 26 euros per square meter of living space.

Berlin: Those who don’t use housing space for living will be punished

Berlin now prohibits the misappropriation of property to ensure that apartments are used for living. Among other things, the law states that apartments may not be rented for only a short period of time, i.e. to tourists. Furthermore, if an apartment is vacant for four months or longer, it must be reported approved by the authorities.

Berlin’s law intends to protect living space from commercial use and vacancies. And it is effective: Since it came into effect in 2014, 9,300 flats have been returned to the regular rental market. However, there is still room for improvement. The penalties for misappropriation are too low to harm international investment moguls. And authorities rely on information about vacancies from citizens – because owners are not very cooperative when it comes to regulating their source of income.

In Europe, politicians start to take action against price explosions on the housing market. In cities such as Barcelona, Paris and Berlin – tourist hot spots –  prices are rising because apartments are rented to tourists privately as vacation homes. In Barcelona, rents have risen by 33 percent in the past three years, as a result. Therefore, Ada Colau, the left-wing mayor, has declared war on illegal commercial rental of housing via AirBnB and others.

There are almost five tourists per inhabitant in Barcelona every year. 18 percent of them book their accommodation via AirBnB. Very often, it isn’t private people who rent their own apartment to tourists:

60 per cent of the apartments on AirBnB are offered by users who rent more than one apartment via the platform.

Online portals are now obliged to officially register apartments rented for a short period of time. Portals that offer unregistered apartments must pay penalties. In 2016 alone, Barcelona imposed a fine of 600,000 euros on AirBnB. AirBnB itself has now limited the number of apartments offered per user. 5,000 offers went offline. Another 1,000 illegally rented apartments were found by the authorities.

New Zealand: Speculation has been stopped

In New Zealand, rich people from all over the world have been speculating in real estate for years. The consequences: Prices have risen dramatically – rents alone by 60 per cent nationwide. In New Zealand’s largest city, Auckland, prices have almost doubled within 10 years.

Only a quarter of adults own their house or apartment. In comparison: In the early 1990s, half of the population did so.

New Zealand’s Prime Minister Jacinda Ardern took action against this. A new law favors locals when it comes to purchases of residential property. Foreign investors can only buy residential real estate in exceptional situations. People with a permanent residence visa, however, may continue to purchase real estate.

Denmark is the only country in the European Union that has an arrangement like Norway. When joining the EU, Denmark received assurances that there is no free movement of property finance. The fear that Germans could buy holiday homes and then leave them empty was too strong. Berlin, where vacancies drive up prices, now discusses similar regulations.

This work is licensed under the Creative Common License. It can be republished for free, either translated or in the original language. In both cases, please cite Kontrast.at / Alina Bachmayr-Heyda as the original source/author and set a link to this article on Scoop.me. https://scoop.me/social-housing-rental-prices-europe-public/ The rights to the content remain with the original publisher.
original source
REPUBLISH