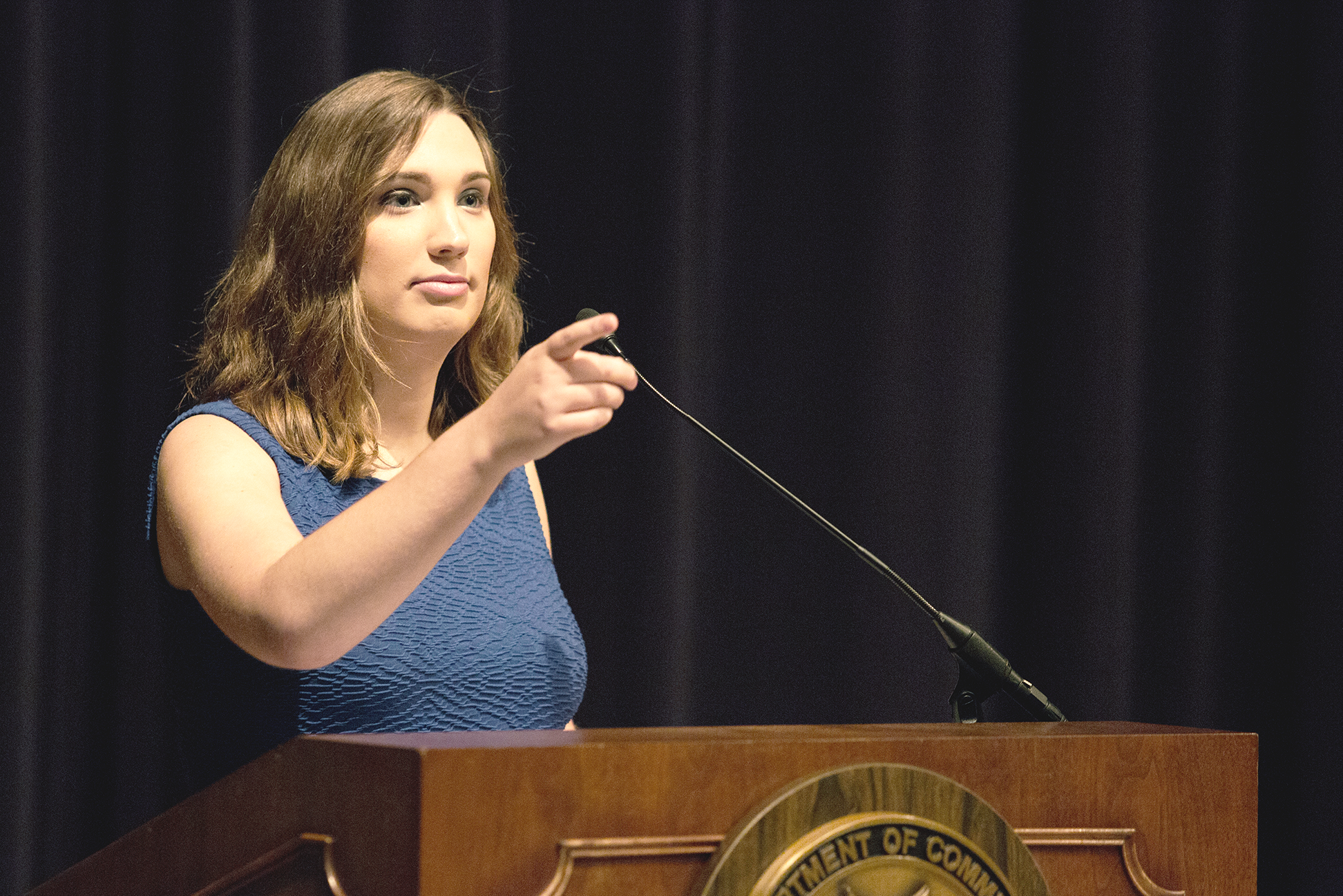 30-year-old Sarah McBride was elected to the state parliament of Delaware with a majority of 73 percent of the votes. The first transgender senator advocates a socially just health policy, paid sick leave and the rights of queer people.

After her great electoral success, McBride published a thank you note on Twitter to all the people who voted for her.

“I hope tonight shows Trans children that our democracy is big enough for them too.”

Similarly to the democratic candidate Biden, McBride lost her partner. In 2014 the then 28-year-old Andrew Cray died a few days after his marriage to the 24-year-old Sara McBride. Cray also worked for fair and safe health care for trans people. Barack Obama nominated her for the “Champion of Change” program.

A pioneer in many ways

Sarah McBride was one of the first trans White House interns under the Obama administration. According to the Washington Post, her life story influenced high-ranking politicians and had a positive influence on the Democrats’ stance on trans-rights.

In addition, in 2016 Sarah McBride was the first trans person to speak at a national party conference in the United States. Moreover, she is a spokesperson for the non-profit LGBTQ organization “Human Rights Campaign”. Today, she became the first transgender senator.

McBrides home state of Delaware is also the home state of Joe Biden. She lives in the 70,000 inhabitant city of Wilmington. Therefore, Biden and his family supported McBride on her political path.

In 2018 Sarah McBride published her memoirs “Tomorrow Will Be Different”. Joe Biden wrote the prologue and addressed the importance of the struggle for equality of trans people.

“It is about freeing America’s soul from the constraints of bigotry, hate and fear and opening people’s hearts and minds to what holds us all together. And that is what makes Sarah’s book so powerful,” Biden writes in the prologue.

That same year, US President Donald Trump had Trans people expelled from military service. He argued on Twitter with the high medical costs for their treatment. However, it costs the US military $8 million dollar annually. The total health budget for the U.S. military is $50 billion. According to BBC calculations, the military spent $2.2 million dollar on sex adjustments in 2017, and $41.6 million on Viagra prescriptions that same year.

Besides the first transgender senator, other trans people made history in this US election. Taylor Small (26 years old) from Vermont made it to the House of Representatives. Moreover, Stephanie Byers (57 years old) from Kansas is the first indigenous transwoman ever elected to a state parliament.

Furthermore, in Oklahoma, 28-year-old Mauree Turner became the first non-binary candidate and Muslim woman to win a seat in a state legislature.

In addition, Mondaire Jones and Ritchie Torres won their seats in New York and are the first black, openly living members of the LGBTQ community ever elected to Congress.

This work is licensed under the Creative Common License. In case of new republication, please cite Kontrast/Gerald Demmel as the Source/Author and set a link to the article in English: https://scoop.me/sarah-mcbride-first-transgender-senator/ The rights to the content remain with the original publisher.
original source
REPUBLISH