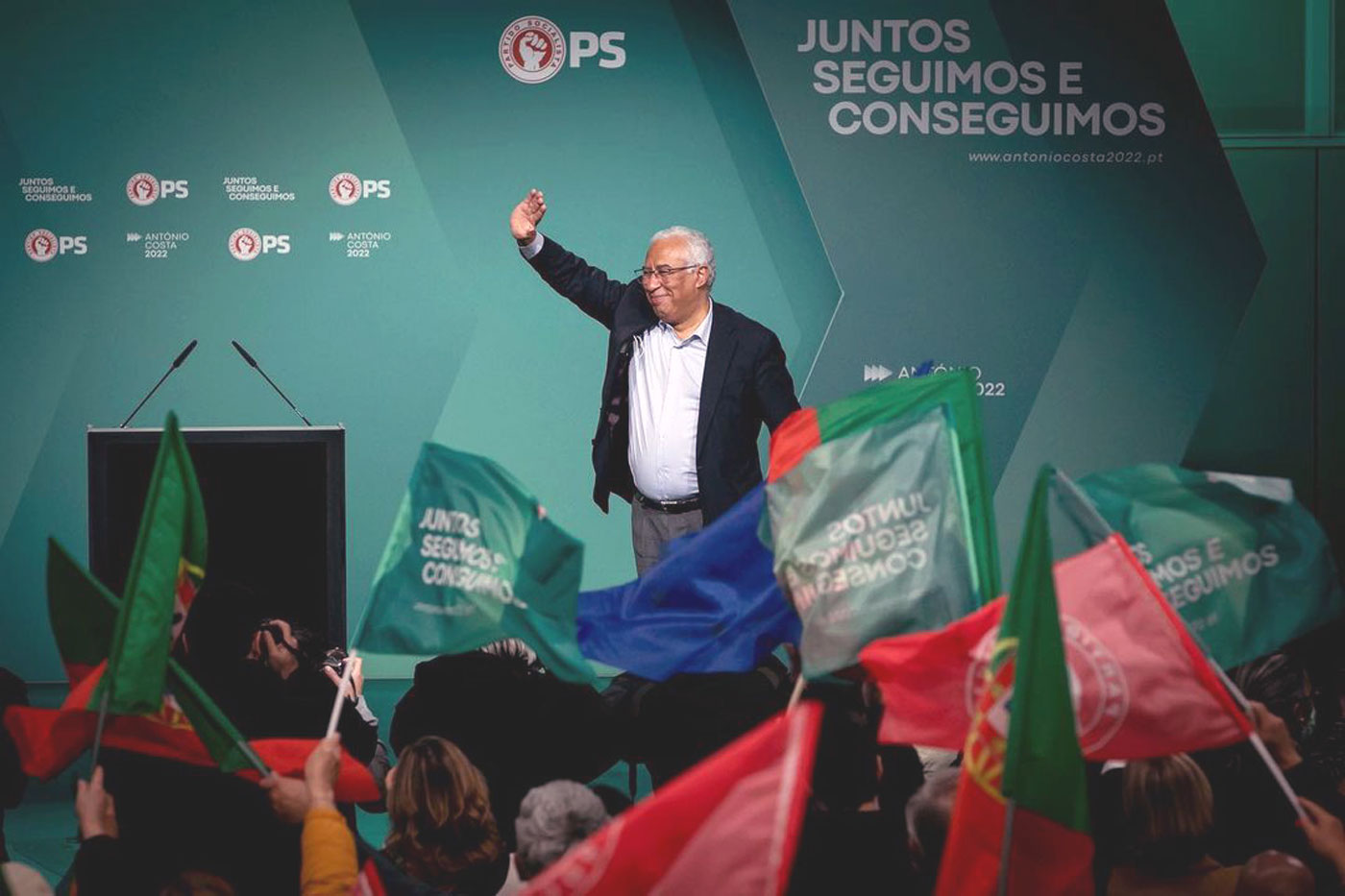 In Portugal, António Costa’s ruling Socialists won the parliamentary election with an absolute majority. The Portuguese voted for higher wages and pensions and a strong public health care system. To this day, Portugal suffers from the consequences of conservative austerity policies.

“This is the victory of humility, trust and stability. The people have voted and the Socialist Party has won,” said Antonió Costa in his victory speech to his cheering supporters on election night Sunday.

Shortly before the Portuguese parliamentary elections, polls predicted a close race between the Socialists (PS) and the Conservatives (PSD). The clear victory of the Socialists with over 41 percent (+ 5 percent) and thus an absolute mandate majority came as a surprise. They are clearly ahead of their conservative challengers from the PSD, who received just under 28 percent. The number of Socialist representatives will increase from the previous 108 to 117. They emerged as winners in 19 of 20 electoral districts – four more than in the 2019 parliamentary elections.

PORTUGAL: ELECTIONS IN THE MIDDLE OF THE OMICRON WAVE

António Costa failed to find a majority in parliament for his budget proposal at the end of 2021. Hence, he called early elections after just over two years. The president described the fact that the Left Bloc (BE) and the Communist-Green Party Alliance (CDU) did not support the draft as a betrayal. They could not benefit from the new elections and lost over 5 percent (BE) and 2 percent (CDU). Voters also made tactical decisions: Because media outlets predicted a neck-and-neck race, many voters migrated from the Left Bloc to the Socialists to defeat the Conservatives.

Despite the current Corona wave, voter turnout of around 55% was significantly higher than in the last election in 2019, giving even more weight to the result. Mobile electoral commissions visited people in quarantine or self-isolation – which currently affects nearly one million Portuguese. An hour before polling stations closed, also infected people could leave their homes to vote. Many also used the option of mail-in voting or early voting to participate in Portugal’s elections. 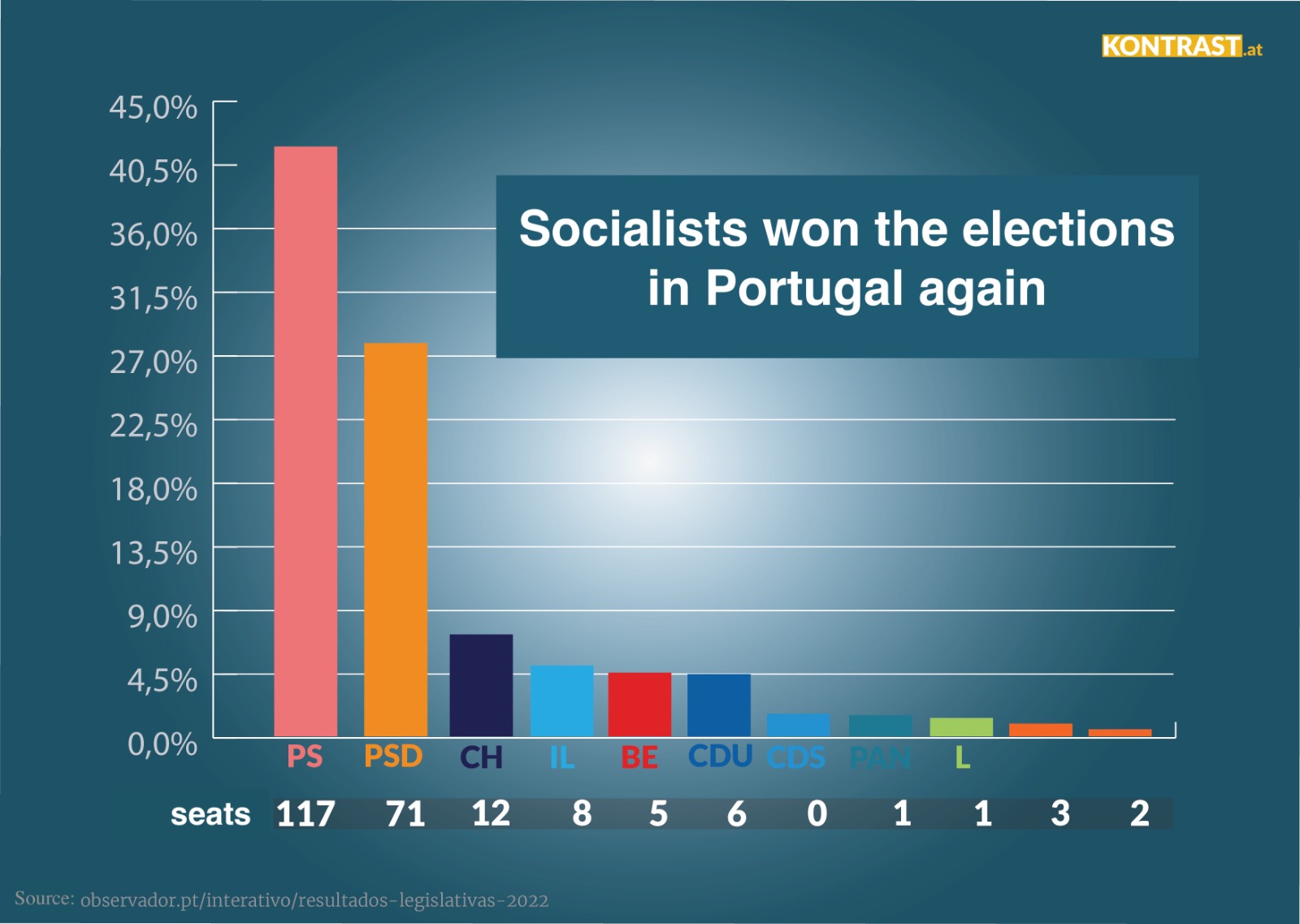 NO RETURN OF THE CONSERVATIVES IN THE PORTUGUESE ELECTIONS

Contrary to the polls, in the Portugese elections 2022 the center-right party (PSD) did not improve. The absence of a right-wing populist party in Portugal has come to an end: The right-wing populist Chega Party (CH) moved into parliament with 7 percent. The conservatives lost to them as well as to the small liberal party Iniciativa Liberal (IL), which received 5 percent.

The distribution of income and wealth and the role of the state are at the center of political discussions in Portugal. As a result of the major economic crisis, the crisis in the Eurozone and the EU’s austerity policy, including cost-cutting measures, the Portuguese are concerned about a renewed austerity drive and cuts in income. Portugal remains a country with comparatively high inequality in income and (especially) in wealth. Education levels are low in some areas, and investment in education and childcare is stagnating – partly because the government’s fiscal leeway is limited.

Many Portuguese still remember the several hard years of austerity and social cuts under the PSD government. The Social Democrats have ended this course. In the election, however, the right-wing populist and ultra-right Chega (“Enough is enough!”) also made strong gains. Under its leading candidate, André Ventura, they gained from just over 1 percent to more than 7 percent, making them the third strongest force in Portugal. This means that in the future there will be twelve delegates in parliament instead of just one. Political observers consider the party as racist and xenophobic. Its election campaign  in particular by sentiment against minorities such as Roma.

Last year, Portugal attracted attention for having at some points the highest Corona vaccination rate in the world. Today, almost 90% are fully immunized, protecting hospitals from overload despite rising infection rates. This was due to a highly successful public information campaign already launched in spring, as well as the free public health care system. The health and social system was open to everyone without exception during the Corona crisis, regardless of their residence status. Undocumented workers also had access to free health care, because “this is the duty of a society of solidarity in times of crisis”, in the words of the Minister of the Interior, Eduardo Cabrita. 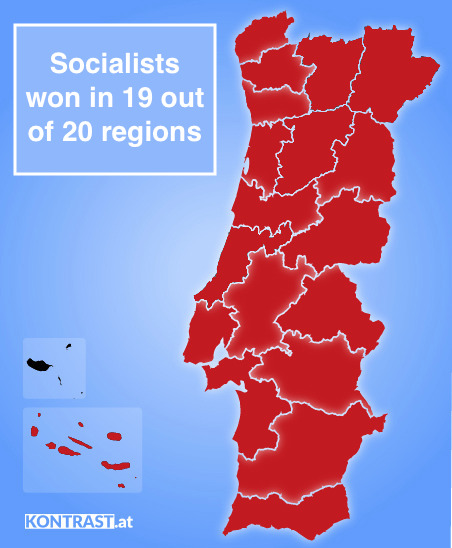 Simultaneously, the Corona crisis has hit the country harder than almost any other European state. The economic slump is the deepest since 1936. The socialist government’s response to that is higher government spending and economic aid. In June 2021, Portugal became the first country to have its economic stimulus program approved by the European Commission. Of the more than 13 billion euros, investments in environmentally friendly production processes and digitalization are in the focus. Conversely, billions will flow into the areas of healthcare, housing and infrastructure. To counter rising rents, housing is  provided for at least 26,000 people in need. Additionally, the government plans to create 2,000 emergency and transitional housing units, as well as low-cost housing for 15,000 students.

In autumn, Parliament also passed a new labor law that significantly improves the conditions for home-office work. As a result, employers will have to pay the additional costs for electricity and Internet and will no longer be allowed to contact their employees outside working hours.

At the beginning of the year, António Costa increased the relatively very low minimum wage by 40 euros to 705 Euro per month. Around 880,000 people benefit from the increase. It is set to rise to 750 Euro by 2023.

STABLE POLITICS IN THE LEFT-WING ALLIANCE SINCE 2015

Costa’s success story took off in the fall of 2015, when the Socialists formed a minority government with the support of the Left Bloc. In the years that followed, Portugal experienced a strong economic recovery. The economy grew, unemployment fell and young Portuguese were eager to return to the country. Portugal was in a mood of optimism. For young people, hope in particular was the motive for voting Socialists in Portugual’s elections 2022.

In the recent past, the EU together with the previous conservative government of the PSD, imposed the toughest austerity measures in Portugal’s history. Labor rights were dismantled and the welfare state was radically cut. Poverty and unemployment increased sharply. In times of conservative austerity, tens of thousands of young people – some of them very well educated – left the country because there were no prospects or jobs.“This is how my predecessors triggered the biggest wave of emigration since the sixties,” Costa said.

In 2019, Costa’s collaboration with the Left Bloc (BE) and the Communists and Greens (CDU) again received large electoral support. Since then, Costa’s government increased pensions that had been cut by conservative predecessors. It reinstated 4 public holidays and rolled back tax increases for working people. They also introduced free school books and created the 35-hour work week for state employees. At the same time, Costa increased taxes on the rich, such as inheritance and wealth taxes.

With the supplementary property tax, the government introduced a wealth tax on real estate. The apartments and houses of ordinary people are exempt. It also put an end to ruinous privatizations. That was the case years ago when the conservatives, under EU guidance, sold state assets far below market prices.

“It was a mistake to believe that the economy could be restructured with drastic reductions in wages and excessive cuts in the welfare state,” says Prime Minister Costa, criticizing his predecessors.

This work is licensed under the Creative Common License. It can be republished for free, either translated or in the original language. In both cases, please cite Kontrast.at / Lena Krainz as the original source/author and set a link to this article on Scoop.me. https://scoop.me/portugal-election-2022/ The rights to the content remain with the original publisher.
original source
REPUBLISH