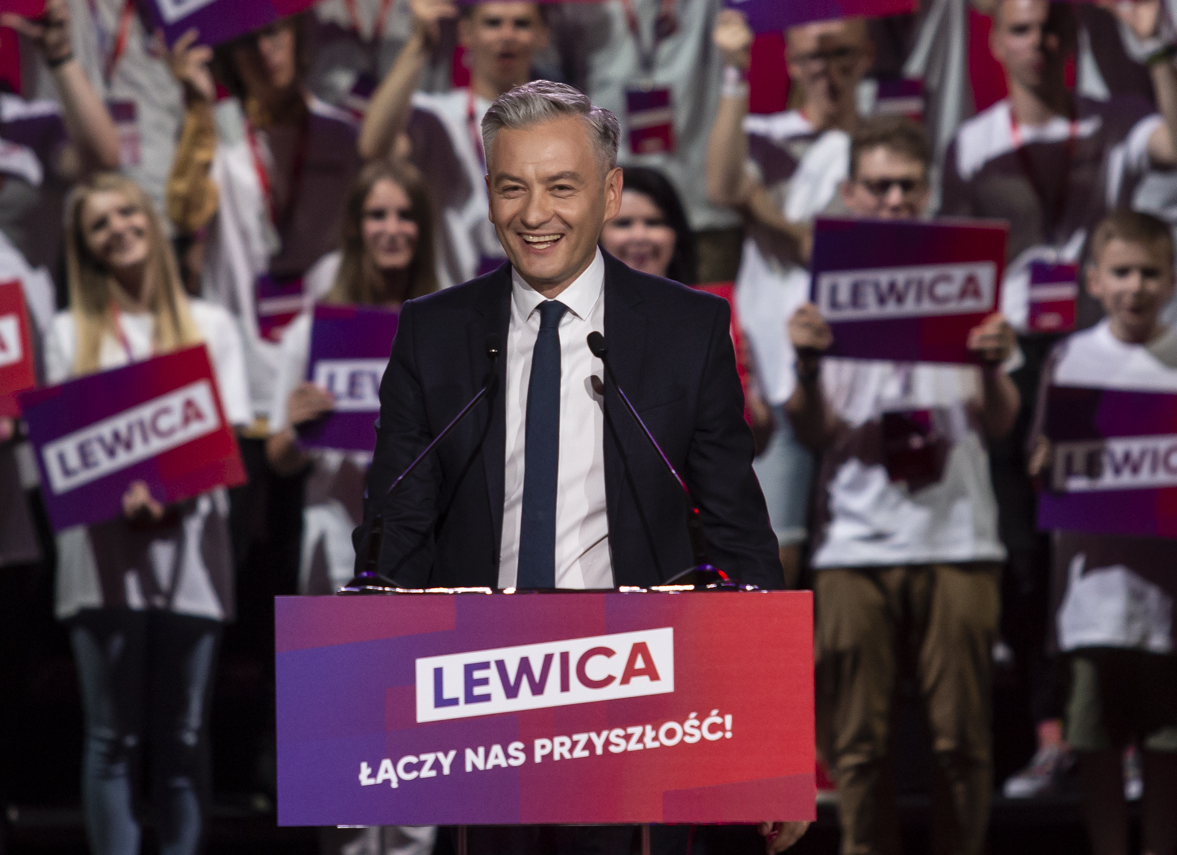 Even in conversative Poland, he managed to be a popular and successful mayor. Now Robert Biedron, the Left Alliance’s openly gay candidate, wants to run for president in Poland. He stands for the separation between church and state, equal pay for men and women and more social welfare spendings.

An openly gay atheist, who stands up for women’s and LGTBQ rights and who is committed to environmental and social issues: Robert Biedroń, MEP and former mayor of the city Słupsk represents everything that the conservative and right-wing populist ruling party PiS rejects in Poland. He is now running for president for the Left Alliance.

In Biedroń, the left-wing party now has a candidate who is the antithesis of the conservative and right-wing populist candidates. Biedroń founded his new party “Wiosna” (“Spring”) just in February 2019. As the only mainstream politician in Poland, he declared in his programme that he is against the country’s restrictive abortion laws. On the other hand, he is in favour of same-sex partnerships. Another important topic to his campaign: a strict separation between church and state. He demands equal salaries for men and women and more social welfare spendings. This includes introducing a basic pension and increasing the minimum wage to 60 percent of the average wage. Biedroń also focuses on environmental issues. He wants to shut down all Polish coal mines by 2035.

Victory in parliamentary elections in Poland

In August, Wiosna merged with the social democratic party SLD and Razem to form the left-wing alliance Lewica. By October, the left-wing party had already achieved its first successes in the parliamentary elections. With 12.5 percent, Lewica became the third strongest party in Poland. Following this success, the left-wing alliance announced in January 2020 Biedroń as their candidate for the presidential elections in May. After all, the politician is popular and has already gained a lot of respect as mayor of Słupsk.

Biedroń was born in 1976 and grew up in Krosno. He studied politics in Olsztyn and Vienna. In 2001, he founded “Campaign against Homophobia”, inspired by German and English LGBT organisations. He remained its chairman for eight years. After that, in 2014, the citizens of Słupsk elected him as their mayor. This led to an enormous popularity of the city. Young couples from all over Poland came to marry at the registry office of Biedroń. Słupsk, previously considered a rather dozy city, received an unexpected upswing. Today, the city is regularly voted as one of the most liveable cities in Poland.