scoop.me
Home Corona Corona vaccine: Why pharma companies should not make billions out of tax-funded... 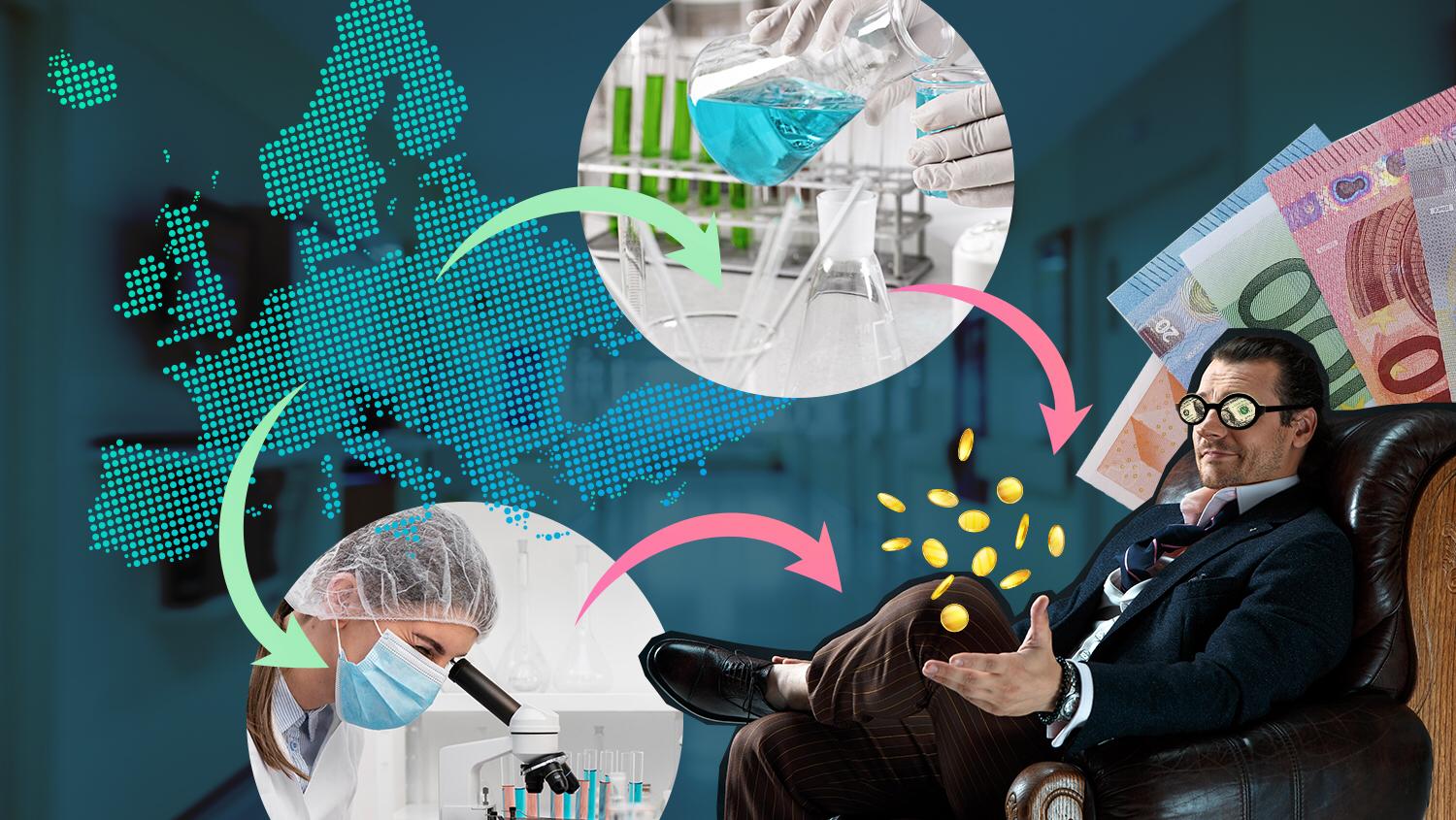 Since December, the EU has been waiting in vain for more than ten million doses of the Biontech/Pfizer vaccine, according to EU insider sources. In many countries of the global south, there is no vaccine available at all. Due to the production and delivery bottlenecks of pharmaceutical companies, valuable time is being wasted. Meanwhile, billions of people remain unvaccinated and the Corona virus continues to spread. Despite this, pharmaceutical companies are resisting calls to release their patents to boost global vaccine production. They claim, after all, that vaccine development is to their credit. However, this is not true, as research by the Swiss WOZ shows.

Moderna, Pfizer and Biontech expect billions of dollars of profit for this year alone. Meanwhile, poor countries are trying, often in vain, to secure enough doses of the expensive Corona vaccines. Although AstraZeneca has pledged not to make a profit on its vaccine while the pandemic lasts, Moderna, Pfizer and Biontech could not make such a pledge. Pfizer CEO Albert Bourla even described this idea as “fanatical and radical” in an interview with the US magazine “Barron’s”.

In order to be able to produce cheap doses of the vaccine faster, around one hundred governments, NGOs and the UN Commission on Human Rights are now demanding the WTO to temporarily suspend the vaccine patents. This happens much to the disapproval of the pharmaceutical industry giants, who oppose the release of their patents. They argue that it is only because of them that there are vaccines against Corona at all. However, this is not true.

Public research: the base of vaccines

First, decades of publicly funded research have set the stage for vaccine development. The vaccines from the companies Moderna and Biontech/Pfizer are both based on mRNA technology. In this technology, messenger RNA (mRNA) carries genetic information into the cells of the body. The basic research on mRNA took place mainly at public institutions. Companies like Biontech and Moderna entered the game much later and could freely make use of the breakthroughs of public research because there were no patents for them. Moderna and Biontech had to purchase only three patents for the development of the mRNA vaccines. We do not know how much the purchase of the patents cost the companies. However, according to Jorge Contreras, patent specialist and professor at the University of Utah, the usual price is in the low single-digit percentage of the pharmaceutical companies’ sales.

Secondly, pharmaceutical companies were supported with billions in public money in the last year alone. Biontech/Pfizer received 1.9 billion dollars in subsidies from the U.S. and Germany in 2020. The companies paid a total of 1.5 billion euros themselves for Corona vaccine development. There were no costs at all for Moderna in 2020, but the group received three billion dollars from the U.S. Department of Health and Human Services.

In addition, the companies received guarantees of sales from governments around the world before it was even clear how and whether the Corona vaccines would work. Governments pre-ordered around one billion doses of vaccine from Moderna and Biontech/Pfizer. With this risk assumption, the pharmaceutical companies received further public subsidies.

Profits at the expense of poor countries

The knowledge that Biontech/Pfizer and Moderna built on is largely the result of public research. However, it has now been privatized with the patenting of the vaccines. At the same time, the patents give the companies the market power to sell the vaccines developed with state subsidies back to the state at monopoly prices.

Major banks estimate that Pfizer, Biontech and Moderna will each earn $10 billion to $20 billion this year alone. These profit prospects are driving share prices up, which in turn is benefiting major shareholders. These include not only individuals such as Moderna CEO Stéphane Bancel or Biontech CEO Ugur Sahin, but also large asset managers such as The Vanguard Group, Blackrock or the Geneva-based private bank Pictet.

In contrast, poor countries lack the financial strength to pay for the Corona vaccines. The limited vaccine production caused by the patents means that the insufficient doses go to the highest bidders, i.e. the countries that pay the most. Many rich countries have now ordered so much vaccine it would allow them to vaccinate their populations several times over.  In contrast, the seventy poorest countries are only able to vaccinate ten percent of their people, according to an evaluation by the NGO association The People’s Vaccine Alliance.

“That Moderna and Biontech make their huge profits primarily by privatizing publicly funded research is perhaps the strongest argument held by those hundreds of governments and NGOs who are now demanding that the WTO temporarily suspend patents. Publicly funded research should belong to the public, not to private parties.” – Yves Wegelin “Ein Stoff, der reich macht”

The temporary suspension of patents was rejected for the moment by the industrialized countries at the last WTO pre-discussion meeting. The final vote is due to take place in the beginning of March.

This work is licensed under the Creative Common License. In case of new republication, please cite Kontrast/Raphaela Pammer as the Source/Author and set a link to the article in English: https://scoop.me/pfizer-corona-vaccine-patent/ The rights to the content remain with the original publisher.
original source
REPUBLISH