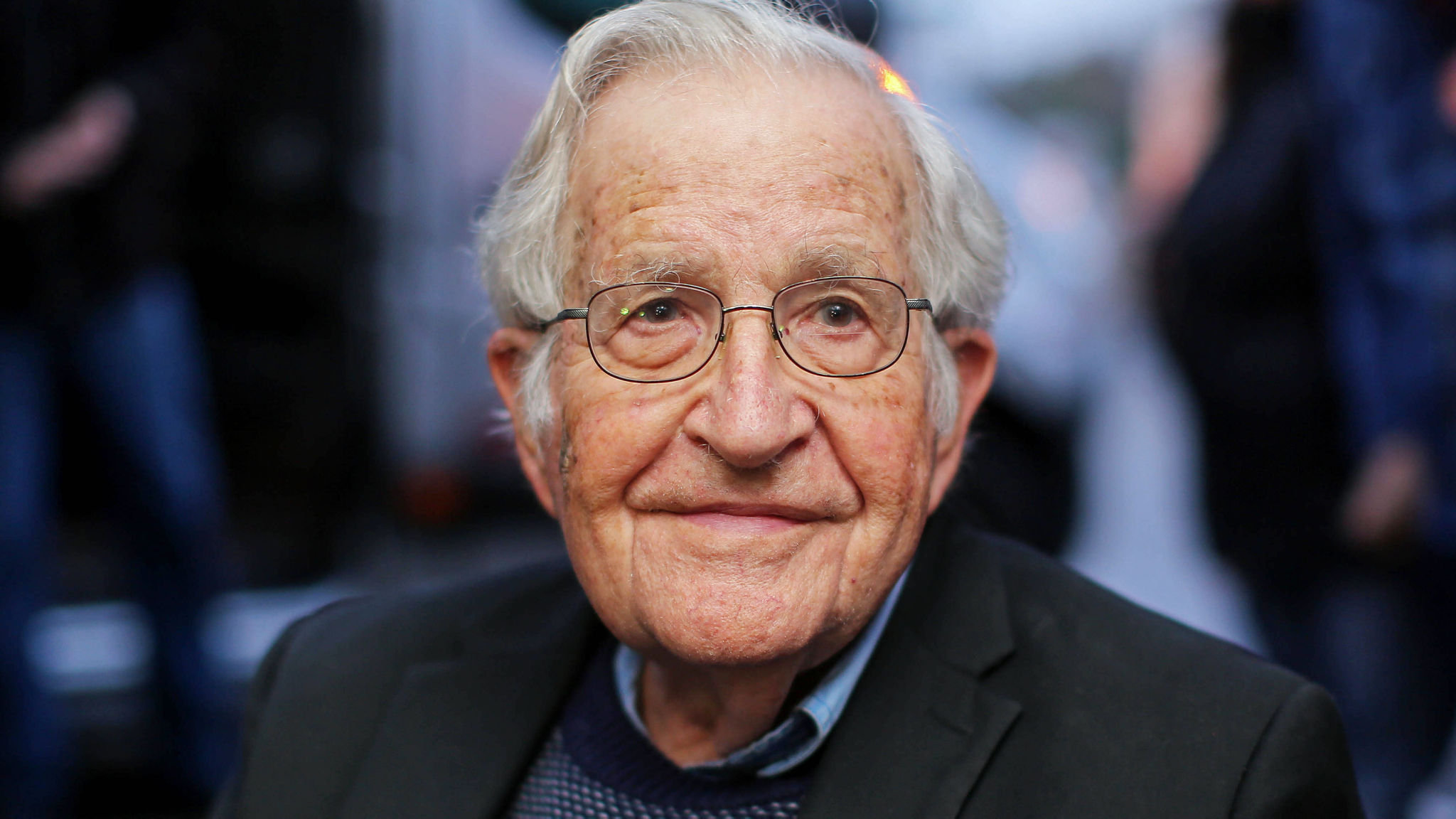 While the world is desperately trying to contain the Corona pandemic, philosopher Noam Chomsky identifies the problem that hangs over it: The dogma of neoliberalism being entirely improper to face the Corona crisis. Chomsky is not surprised to see the USA as the new “global epicentre of the crisis” and explains how obsession with profit costs human lives.

With well over 300,000 infections, the USA is now the country with the most Corona patients. That means they are dealing with more than three times as many infections as China. Over 8,000 people already died in the USA (as of April 6). “The U.S. is now the global epicentre of the crisis” and “has the worst record in responding to the crisis”, states Noam Chomsky, American philosopher and linguist. Chomsky is not surprised, though. He reminds us that scientists have warned of a pandemic for years, especially since the SARS epidemic in 2003 which demonstrated the possibilities of the virus strain that the current coronavirus is based on.

It is not only the US that have missed the opportunity to develop modes of treatment for this kind of virus, or to set aside the spar capacity needed to deal with potential health crises, says Chomsky. The philosopher identifies the issue that underlies all of this in an interview with the magazine Truthout: He makes a scathing judgement of the neoliberal paradigm, denouncing it as being totally improper to face the Corona crisis:

Market signals were clear: There´s no profit in preventing a future catastrophe.

Noam Chomsky is a linguist, cognitive scientist and political activist. Since the 1960s he has been one of the most important scientists in his field and at the forefront of some of the most important global discussions. He became known worldwide for his work and his criticism of capitalism and globalisation. The system, he says, has simply no interest in preventing a crisis. This is demonstrated clearly by one of the pressing issues of the moment and one of the most dramatic consequences of the current system: the lack of ventilators.

Some years ago, the US Department of Health and Human Services ordered a small company to produce inexpensive and easy-to-use ventilators. After the firm was bought by a larger corporation, it wanted to get out of the contract. The corporation´s executives complained the production of these inexpensive ventilators was not profitable enough for the company. With this example, Chomsky shows how greed and relentless desire for profit costs human lives.

Noam Chomsky argues that the government have joined private corporations in following this profit doctrine. In December last year, whilst the outbreak was in its infancy, China informed the world about the coronavirus. They made the virus genome available to the scientific world. In the US, intelligence agencies were still attempting to communicate the necessary information to the President as late as January and February. Later, officials informed the press that they just could not get Trump to take action despite of the alarm bells ringing around the globe.

However, Chomsky does not blame the President alone for the “disastrous response to the crisis”. Both Trump and the ventilator-company acted in perfect accordance with the neoliberal doctrine that the so-called elite have been spreading for decades:

As Milton Friedman and other neoliberal luminaries have instructed us, the task of corporate managers is to maximize profits. Any deviation from this moral obligation would shatter the foundations of “civilized life.”

The consequences of neoliberalism are particularly serious in the health care system. Noam Chomsky stated: “Neoliberal doctrine struck another blow, introducing business measures of efficiency: just-on-time service with no fat in the system.” The results of this policy of neglecting the accruement of spare capacity can now be seen in New York: Hospitals are being overwhelmed with Corona patients requiring intensive care. Other cities are likely to follow.

This is despite the fact that the USA has an expensive healthcare system. The US spends 16.9% of its gross domestic product (GDP) on health care. In comparison, the countries of the European Union – most of them offering universal health care for everyone – spend slightly over 8% on average. Despite this higher expenditure, the USA provides only 2.8 hospital beds per 1,000 inhabitants. In the EU, there are 5.4 beds for every 1,000 inhabitants.

“Normal was the problem”

Although it is standard elsewhere, Chomsky believes that universal medical care may be too much to expect in the USA. At the very least, he proposes a ban on stock buybacks and wants to see increased worker participation in management as a starting point for change to the neoliberal paradigm. Chomsky also demands the end of protectionist measures for the pharmaceutical industry. Hidden behind the dogma of the free trade agreements, pharmaceutical companies would make huge profits with irrationally expensive drug prices.

Asked how the world should be after the Corona crisis, Noam Chomsky answers:

For those concerned with reconstructing a viable society out of the wreckage that will be left from the ongoing crisis, it is well to heed the call of Vijay Prashad: “We won’t go back to normal, because normal was the problem.”

This work is licensed under the Creative Common License. It can be republished for free, either translated or in the original language. In both cases, please cite Scoop.me / Philipp Stadler as the original source/author and set a link to this article on Scoop.me. https://scoop.me/noam-chomsky-on-corona-greed-for-profit-costs-human-lives/ The rights to the content remain with the original publisher.
original source
REPUBLISH