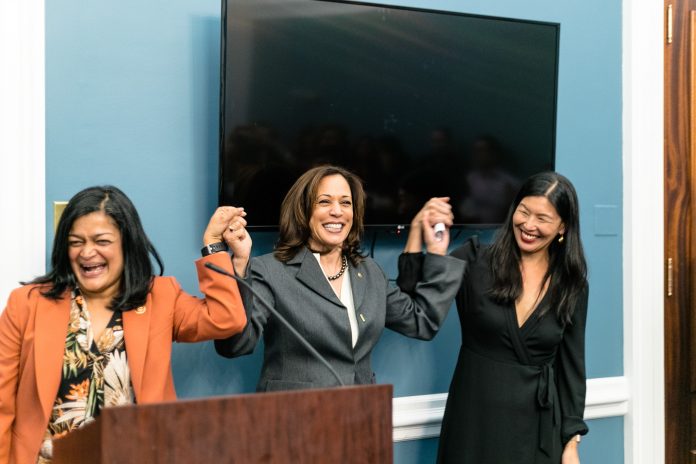 Despite a challenging 2020, five women significantly changed it. They invented a COVID vaccine, fought for women´s rights and led countries during a pandemic. Let´s take a closer look at who the most inspirational women of 2020 are.

Most people will be familiar with the name Biontech by now. One of the leading heads behind it being a woman: PD. Dr. Özlem Türeci. The pharmaceutical group based in Germany, along with the US group Pfizer, were the first to apply for the covid vaccine licence in Europe.  This marked an important step towards ending the global pandemic.

The couples main goal when founding Biontech was to have more flexibility in doing their research than they had when working within the confines of academic science. Her scientific achievements mark the reason Türeci is to be found amongst the most inspirational women of last year. When she first heard about the virus in January, she immediately switched the focus of their research from cancer to COVID. Türeci and her husband began with the idea of  providing a vaccine available to the whole world. Şahin, her husband, argued, that this had to be seen as a humanitarian effort. However, as Biontech predominantly agreed on contracts with highly industrialized countries such as Germany and France, they failed to fully achieve what they first intended to do.

Finnish prime minister Sanna Marin entered office in 2019 and started off by quickly making Finland a more liveable country through the introduction of socially responsible policies. Some may remember how Marin proposed a 4-day-week in 2018 and last year, Finland was the first European country to achieve climate-neutrality. 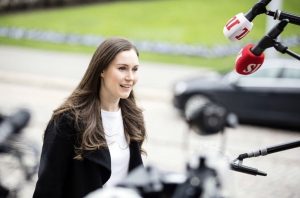 During the ongoing pandemic, the country managed, under the leadership of Marin, to maintain the lowest number of COVID infections in Europe, which one might not have guessed considering the horrendous case numbers in their neighbouring country Sweden.

Finland acted quickly. Contact tracing and testing capacities were introduced immediately. This saved the country from entering another lockdown in autumn as was the case in many other European countries.

Scientists say that this is due to the Prime Minister’s clear and open communication. Marin cooperated with influencers to help spread safety guidelines, which in turn led to the Finns being more willing to follow those new rules. Sanna Marin has to be seen as both one of the most inspirational women of 2020 and an advanced example of modern political communication.

Cardi B
Rapping for the Sexual Autonomy of Women

Growing up in the Bronx, Cardi B now stands as one of the most successful rappers worldwide. Born as Belcalis Marlenis Almanza she worked at a grocery store before starting work as a stripper. Cardi later stated that she felt no shame but instead learned a lot about mankind and passion. Her global breakthrough came in 2018 with the release of her debut Album “Invasion of Privacy”.

In 2020 Cardi B´s Instagram videos with former presidential candidate Bernie Sanders went viral. She repeatedly supported him and his policies on social security for seniors. During and after the Black Lives Matter protests Cardi B spoke out frequently on the topic of police violence, sharing her views with 81 million followers across social network platforms.

FDR is "the real 'Make America Great Again' President because of it weren't for him, older Americans wouldn't even get Social Security." – @iamcardib pic.twitter.com/6FPjVRsKrF

When later that year her single “W.A.P” was released she went number one on all streaming platforms. “Wet Ass Pussy” caused heated debates as conservative rappers made a huge  fuss about her hymn on the sexual autonomy of women.

Rapping quite explicit lyrics such as “I want you to park that big Mack truck right in this little garage”, she openly refuses to allow sexual desire to be a topic predominantly explored by male rappers. She has situated herself as the head of an inspirational movement of female rappers no longer accepting the dominance of men in the rap business.

Nasrin Sotoudeh is amongst the winners of 2020s Alternative Nobel Prize (Right Livelihood Award). The Iranian lawyer – who advocates for women’s rights in her home nation – was unable to receive the award personally, as she was held in prison on the day of the ceremony, the third of December. She remains in prison to this day. 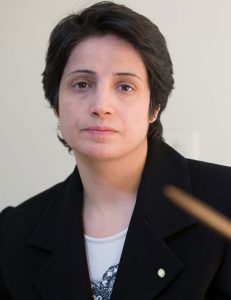 The 57-year-old had been accused of “activities against national security, appearing in public without a headscarf and breaching public order” by the authoritarian Iranian regime.

It is her second time being detained in the last 11 years. Her first arrest occurred in 2010. Sotoudeh was released three years later as a result of persisting international protests. At the end of 2020 she began a 50 day hunger strike which took a heavy toll on her health and allowed her to be on leave from prison for a few weeks. Though she has been brought back and is now facing a 38 year detention as well as 148 whiplashes.

Sotoudeh has represented various women in court who were protesting the mandatory wearing of headscarves for women. Iranian girls are forced to wear headscarves and veiling coats to cover their bodyshape from the age of nine.

It is necessary to recognise her struggle and to mention Nasrin Sotoudeh in this list. Iranian women still struggle to assert their rights, making her an inspiration for many.  Especially in a year dominated by a global pandemic which makes it easy to forget about the other problems in the world. 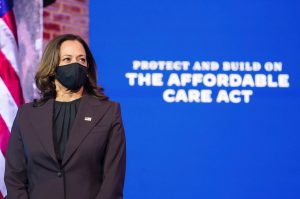 After the 2020 election Harris was announced the first woman of colour to become Vice President of the United States of America. Definitely marking her as one of the most inspirational women of 2020. Accompanying president-elect Joe Biden both entered office on the 20th of January 2021.

Critics say that she appears as a sound leftist politician, but clearly is not to be seen as a revolutionary socialist. Harris advocated for the decriminalisation of sex work and the nationwide legalisation of Cannabis. Together with the democratic representative Alexandria Ocasio-Cortez, she also presented the Green New Deal to fight climate change in 2019.

I support a Green New Deal. Climate change is an existential threat to all of us, and we have got to deal with the reality of it.

As a public prosecutor, she states that the major reason she chose that profession was her being born to parents of colour. Her parents represented a group that had to fight for their rights and justice throughout history, just as they do currently with Black Lives Matter.

Harris is of Californian origin, the State in which she functioned as head of law enforcement authorities. There she committed herself to the legalisation of same sex marriages, further gun control legislation and the abolition of the death penality. On the other hand, she inducted heavy punishments for organised gang crime and truants, even sentencing the truants parents to prison. Gang crime decreased as a result. However Harris dissociated herself from the law later on.

This work is licensed under the Creative Common License. In case of new republication, please cite Kontrast/Alina Bachmayr-Heyda as the Source/Author and set a link to the article in English: https://scoop.me/most-inspirational-women-2020/ The rights to the content remain with the original publisher.
original source
REPUBLISH