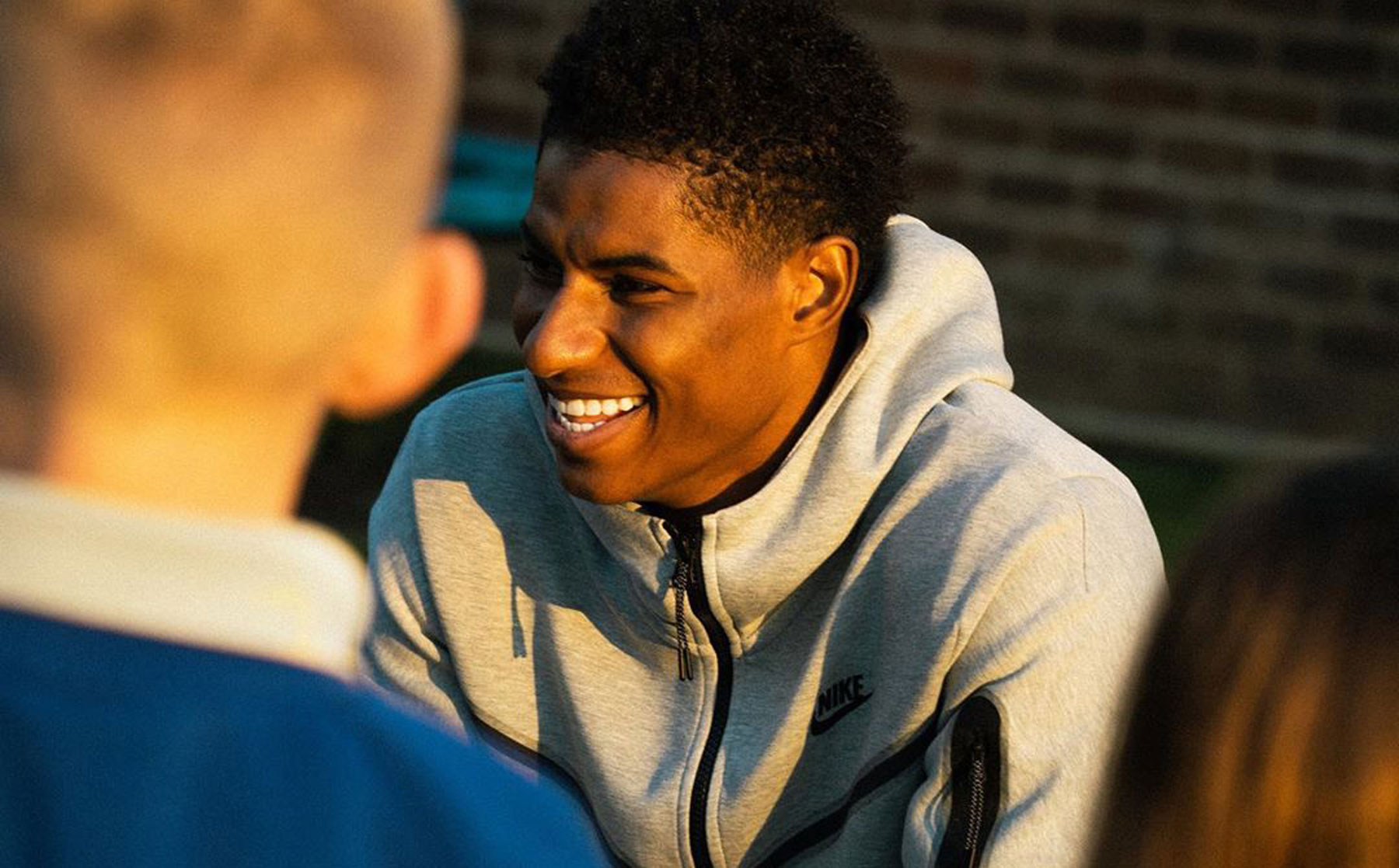 The Conservative British government of Boris Johnson has decided to stop giving poor children free school meals during the autumn and Christmas vacations. For many children this is the only warm meal they get during the day. The Manchester United player Marcus Rashford refuses to accept this. He has started a campaign – against the famine of children in Great Britain.

The 22-year-old professional soccer player organizes the support of countless children from poor families via his social media channels. On his initiative, restaurants, supermarkets and cafés across the country have agreed to take over the government’s responsibilities. They want to provide free meals for the affected students. The number of supporters is growing by minute, over one million people have signed his petition.

Time we worked together. pic.twitter.com/xFPsgBiPQC

In a statement on Twitter, Marcus Rashford calls for the government to sit down with the Child Food Poverty Taskforce to work out a solution. In the UK, 4.2 million children live in poverty, that’s every third child. Back in the summer, the Tory government of Prime Minister Boris Johnson wanted to stop serving food during the vacations. However, a campaign led by Rashford was one of the things that could prevent this.

The soccer star knows what hunger feels like. As a child of a single mother, he himself relied on free meals at school and help from the neighborhood, Marcus Rashford reports in an interview.

In Parliament , five Conservative MPs voted in favor of the Labour Party’s initiative to keep school meals for poor children during the vacations. But the majority of Tory MPs decided to abolish school meals.

This work is licensed under the Creative Common License. It can be republished for free, either translated or in the original language. In both cases, please cite Kontrast.at / Kontrast as the original source/author and set a link to this article on Scoop.me. https://scoop.me/marcus-rashford-school-meals/ The rights to the content remain with the original publisher.
original source
REPUBLISH