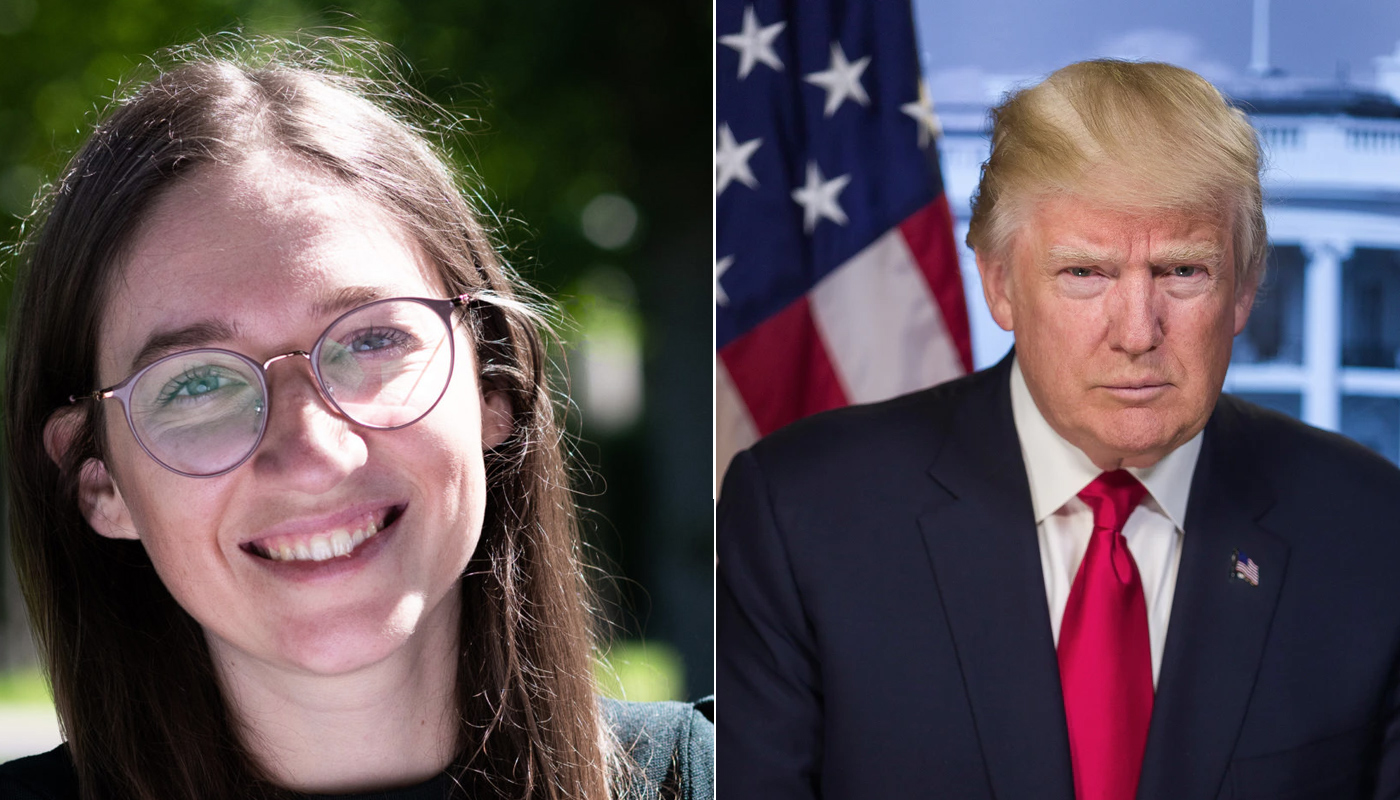 In a video, SPÖ Member of Parliament Julia Herr takes a stand on the strange statements made by US President Trump about Austria yesterday. As a reminder: Trump spoke in an interview about the fact that people in Austria live in forests and forest towns and that trees explode in our country.

The SPÖ environmental representative took this strange knowledge gap as an opportunity to give the US president a little tuition about Austria: Herr shows the advantages of the Austrian health and social system and explains the benefits of public housing in Vienna.

Then she deals directly with Trump’s statements and clarifies: There are forest fires in Austria too! In contrast to Trump, however, Herr can identify the cause of the fires and gives the head of state a lesson in the matter of climate crisis. Her final demand: Just stop talking bullshit, sign the Paris Treaty again!

The Video text in the Original

Vienna calling! Vienna? You know, the capital of Austria? No? The country with the Forest Cities and the Explosive trees… yeah!

We even have a great health care system – You know Medicare for All? We got that! It’s great, even people without much money can go to the doctor, it’s amazing. And you know in Austria health care systems started, before Bernie Sanders was even born!

You know what else we got? We got sick pay leave. So people who are sick- can really stay at home and don’t need to go to work. Can you imagine? Quite useful in times of a pandemic, I tell you…

We even have free kindergardens and day schools in Vienna, free flu vaccinations for all citizens, we have social Housing – more 60 Percent of the Vienna’s population are living in public houses, and, by the way, we also have Person – Woman – Man – Camera and TV.

But our forests – and we have the best forests – they are huge – you’ll love them! they actually don’t explode. Honest to God – I tell you. They don’t!

But Donald, you know they still can burn.

So when you said, we don’t have wildfires – well that’s just fake news everybody! Fake! Totally fake! You want to know why?

It’ happening everywhere! Even thousands of miles north from California! We even had wildfires in Austria this year that lasted more than a day! For Austria that’s rather unusual. Last year July was the hottest month ever – not just in Austria, in the whole world! And this spring was one of the driest we ever had in Austria. The first wildfires this year we had in February. February! Can you imagine? In the middle of winter!

And your politics is making it worse for EVERYBODY! EVERYBODY! Climate Crisis is happening globally. Which means Everywhere, everywhere you look. So just stop talking Bullshit, sign the Paris Treaty again!