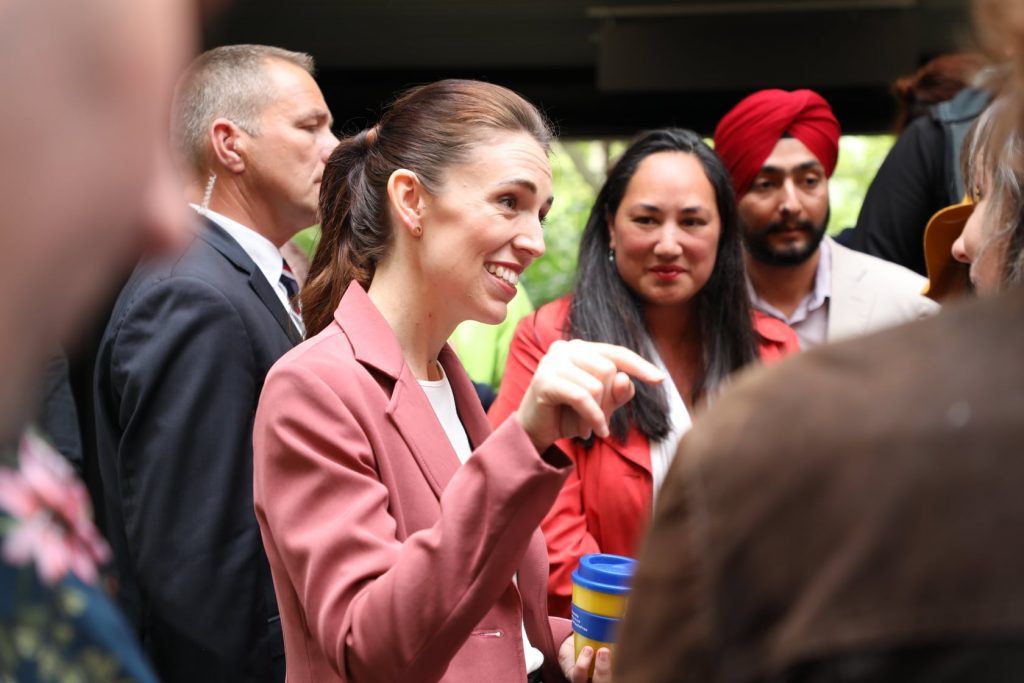 New Zealand’s Labour Party, with top candidate Jacinda Ardern, won 64 of 120 seats in the parliamentary elections. This is the best Labour result in over 50 years. For Ardern, social justice and well-being are as important as economic growth. Her election promises contain fighting real estate speculation and responding to the corona crisis with transparent measures.

New Zealand has one of the lowest corona mortality rates in the world. It was the first country that – at least temporarily – was virus-free. The current infection rates are also extremely low. The population is satisfied with the management of Prime Minister Jacinda Ardern.

Her government and herself did not rely on a communication of fear, but on mutual respect, scientific expertise and transparent measures. This has created trust and strengthened solidarity.

Overall, the corona measures in New Zealand polarize people less than in other countries: This may also be due to the fact that there are hardly any right-wing newspapers (the Murdoch press has never made it to New Zealand from Australia). Advance NZ, a populist party with corona conspiracy myths has failed to enter parliament: it only managed to gain 0.9 percent of the votes.

Christchurch – Compassion instead of division

Jacinda Ardern became known worldwide through her reaction to the Christchurch assassination. The right-wing extremist attack on two mosques killed 51 people. In the days following the radical right-wing terrorist attack, she demonstrated both strength and compassion. She put a face to the grief and pain of an entire nation.

“Economic growth is meaningless if people have nothing to gain from it,”

The New Zealand Social Democrat went so far as to completely redefine the parameters for the annual budget plan. In 2019, New Zealand created the first “well-being budget”. The government will evaluate all expenditures according to whether they contribute to achieving the following five goals and promises:

One of Jacinda Ardern’s election promises was to ease the housing market: In recent years, speculation in the housing market has led to enormously high house costs and a lack of affordable housing. The proportion of New Zealand house and apartment owners has been cut by half within 20 years because super-rich people from abroad speculated with real estate. The Ardern government ended that: Now by law only locals are allowed to buy property.

Ardern also wants to increase the minimum wage to 20 New Zealand dollars (11.30 euros), the current minimum wage is $18.90. Cleaning and security staff in the public sector are to receive better pay from the government. The income of the people should “not only be enough to survive, but to prosper,” Ardern emphasizes in almost every one of her appearances.

Before the pandemic, Jacinda Ardern was already working on reducing the unemployment rate to four percent. During the Corona crisis, she advocated for a 4-day week. She wants to encourage employers in the country to think about introducing a four-day week and other flexible work models. This would boost domestic tourism and could help to lift this important economic sector out of the crisis.

Incidentally, the New Zealand parliament has never been as diverse as it was after this election. The share of women, Maori, homosexual and transgender and other minorities has increased significantly. There are more young people in parliament as well. Thus the House has become a stronger reflection of New Zealand’s societal reality.

With the election results, Jacinda Ardern has the chance to make a lasting change in the country.

This work is licensed under the Creative Common License. It can be republished for free, either translated or in the original language. In both cases, please cite Kontrast.at / Sebastian Schublach as the original source/author and set a link to this article on Scoop.me. https://scoop.me/jacinda-ardern-election-promises/ The rights to the content remain with the original publisher.
original source
REPUBLISH