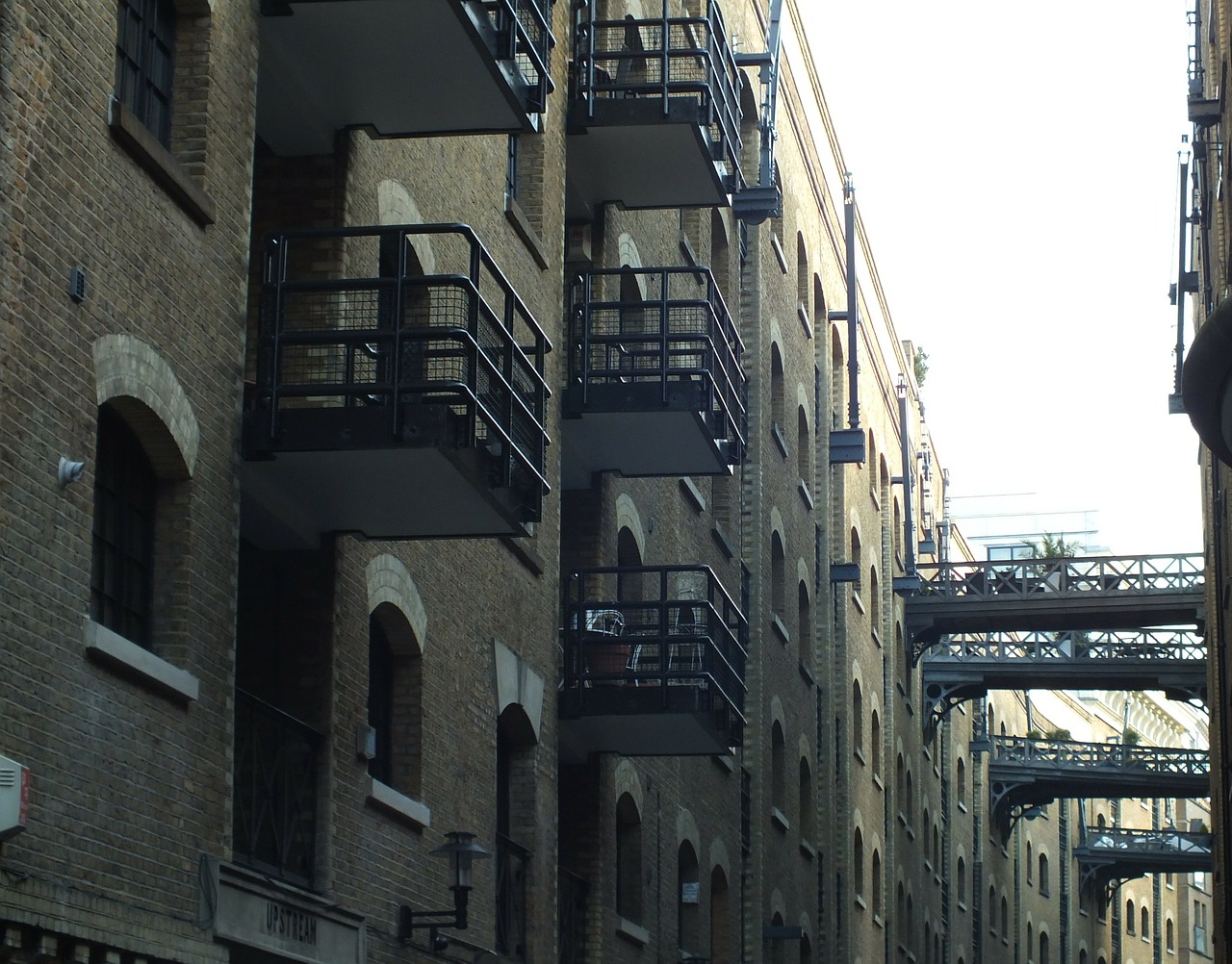 original source
Laura Pidcock discusses what it means to be working class, and why the establishment is so afraid of class politics.

For many years, starting with the Thatcher governments but continuing through the New Labour years, talking about class in political circles was almost taboo.

Certainly, within the political mainstream, class was considered an anachronism best left in the past. For Thatcherites, class was a prison to be escaped. They envisaged a classless, aspirational society. For New Labour, the association with class, and the working class in particular, was seen as an electoral liability.

More recently, particularly in the media and in academic circles, there has been a renewed discussion of class, but the idea that it is an outdated concept that should be consigned to history still lingers.

That is illustrated by that fact that, whenever I write a social media post about what is happening to working-class people under this government, or utter the words ‘working class’ in a TV interview, or dare to describe myself as working class, there is an almost inevitable flurry of comments or emails from people asking me to explain what I mean or demanding that I stop using the phrase.

There is, among our own supporters, a sense that the Labour Party using the term ‘working class’ isn’t going to help win over the people who would never identify that way. It is seen as backward-looking, not the look a ‘progressive party’ should aspire to. I understand where these ideas come from, but I see it differently: in my view, we need to talk about class more, not less.

The way I see it, class is the single most important aspect of a person’s life. It shapes the way our lives are lived, the way we come into the world, our health, our educational opportunities, and even how long we live. Does that mean that other experiences don’t matter? Of course not. Skin colour, sex, sexual orientation, religious belief, and other aspects of a person’s identity are hugely important. They contribute to multiple oppressions that combine with someone’s class position in society.

There are many theories of class. Billions of words have been devoted to explaining it by sociologists and economists, historians, and journalists. That can make it seem complex. But class, to me, is actually quite a simple concept: it is about what wealth people have and how they have acquired it. Class, in its essence, is about what people own and the power that wealth allows someone to wield.

My dad had a simple explanation of class, which he passed on to me. When I was first taught theories of class, he used to explain it like this: ‘Laura, do I need to get up tomorrow? Do I have to get up and go to work?’ I would reply with ‘yes’, because I knew that if he didn’t go to work, he would miss important things and the cumulative effect of this would be that, eventually, he would lose his job. He would follow up by saying ‘And what would happen if I lost my job?’ I knew that, owing to having no savings, we would no longer be able to pay the mortgage.

If we weren’t able to pay the mortgage, further down the line, the bank would take the house back, and even though my mum and dad had been making those mortgage payments every month, on time, for years and years, it wouldn’t take the bank long to repossess the house. My dad would conclude, ‘and that, Laura, tells you what class we are: we have no savings, because we cannot save. We own nothing that could allow us not to work and therefore we are working class’.

That’s a simple definition, but it works for me. The overwhelming majority of the people that I represent are working class because they must work to live — and they do not have the luxury of savings, investments, or inheritance to fall back on. Those combination of factors determine most of our existences.

Of course, many people who work to live do not identify as working class. That is not a coincidence. Thatcher’s politics were based on the idea of a meritocracy: that you could work your way out of poverty and reach a ‘middle class’ status, rejecting the solidarity and togetherness of being part of a working-class community in order to aspire for your own progression in a more individualised society. This vision offered the lure of comfort and safety that wealth, even limited wealth, brings.

What that does, however, for many people, is make them think they are safer within this economic system than they really are. It’s a kind of ‘false consciousness’. Higher earners, who have a holiday or two a year, who are able to pay their bills reasonably comfortably, are lulled into a sense of security. They believe that they are shielded permanently from poverty. But most of those who believe they have risen from the working class never truly leave that insecurity behind.

What happens when someone on a comfortable income becomes unwell and can no longer work? Or makes a mistake at work and is fired? Say they are made redundant or happen to have a hostile employer who has taken a dislike to them. Employment rights enforcement is so weak in the UK today, that without being a member of a trade union, that person’s chance of holding onto their job is slim.

When secure employment is becoming a rarity, when decent jobs are so hard to find, when wages are so low for so many, it only takes a few months out of work for most of what passes for our ‘middle class’ to get into serious trouble. And with a diminishing safety net after years of austerity, the slide can come quickly.

What is the difference between this person and someone working as a cleaner on minimum wage? The shock might be absorbed for a little while longer. They may have assets that they can sell, or some savings. Their monthly disposable income may be much higher than their minimum wage colleague. But all it takes is a job loss, or a debt spiral, or even a bad investment, and their status as someone who has ‘escaped’ the working class won’t mean very much for very long.

Clearly, it’s not just those who feel themselves to be better off who side with an establishment that does not represent them. Many working-class people vote against their interests. That is not a new phenomenon, it has been going on for decades. In the distant past it was about deference. More recently, our media and especially our right-wing tabloid newspapers bear a large responsibility. Years of propaganda has entrenched views which do great damage to the solidarity of a diverse working class, such as the targeting of migrants, or so-called ‘benefit scroungers’. This aids those who want to divide us.

At the same time, we are seeing people whose self-definition may be middle class and who in the past may have expected to walk into secure jobs, but who are now thrust into precarious employment despite having been through higher education and having had some of the privileges not afforded to young working-class people.

This has changed the class dynamic in Britain. Many young people today have the same relationship to work, based on a lack of security and an inability to save, as those generations who built the labour movement in decades past. Increasing numbers of people who see themselves through the prism of different class backgrounds now realise that capitalism cannot create a society that works for all and take principled stances against that system.

Why does this matter? Well, if we fail to see how class fundamentally determines our position and experience in society, we can be lulled into thinking that someone like Boris Johnson or Nigel Farage represents the interests of working people. Once we have a class analysis, that changes very quickly. People who are class conscious can see Johnson and Farage as figures who chose political office to represent a different class: those who live off wealth rather than work, who have the deep security that wealth provides even after years of austerity and the economic shocks to the system.

The Left’s project we have all been part of since 2015 is under threat if we fail to take seriously the challenge represented by the radical right centred around Boris Johnson. The reinvigoration of a diverse class politics is part of the solution. If we fail to call out the appropriation of anti-establishment and class-based arguments by the populists of the Right, we will be in trouble. We have to reiterate and explain how Trump, Johnson, and Farage actually entrench the interests of a ruling class — the exact opposite of what they claim.

Being working class, and acknowledging its power, has unbelievable collective potential for change. Because, even accounting for all the complexities, the vast majority of people have this relationship to the economy and the establishment which controls it. It follows that, together, we have the power to fundamentally change society to benefit our interests. Workers need to own the term working class, no matter how comfortable they think they are.

I don’t apologise for having a class-based political outlook. For years, it was unfashionable, but in an economy like ours, it makes more and more sense. I am happy that the Labour Party, too, now foregrounds class politics and that we will go into a general election to speak for our class — working-class people, the majority of people. We should be unashamed about that. It does not mean excluding anyone from our ranks. Tony Benn was born into privilege but fought for working-class interests most of his political life. It is about focusing on the collective power we have, and on solidarity as a means to achieve it.

Laura Pidcock is the Shadow Minister for Labour. She is the Labour Party Member of Parliament for North West Durham.

This work is licensed under the Creative Common License. It can be republished for free, either translated or in the original language. In both cases, please cite Tribune / Laura Pidcock as the original source/author and set a link to this article on Scoop.me. https://scoop.me/its-time-to-talk-about-class/ The rights to the content remain with the original publisher.
original source
REPUBLISH