scoop.me
Home Economy Icelandic explorer Haraldsson: “We should have a goal of 30 workhours per... 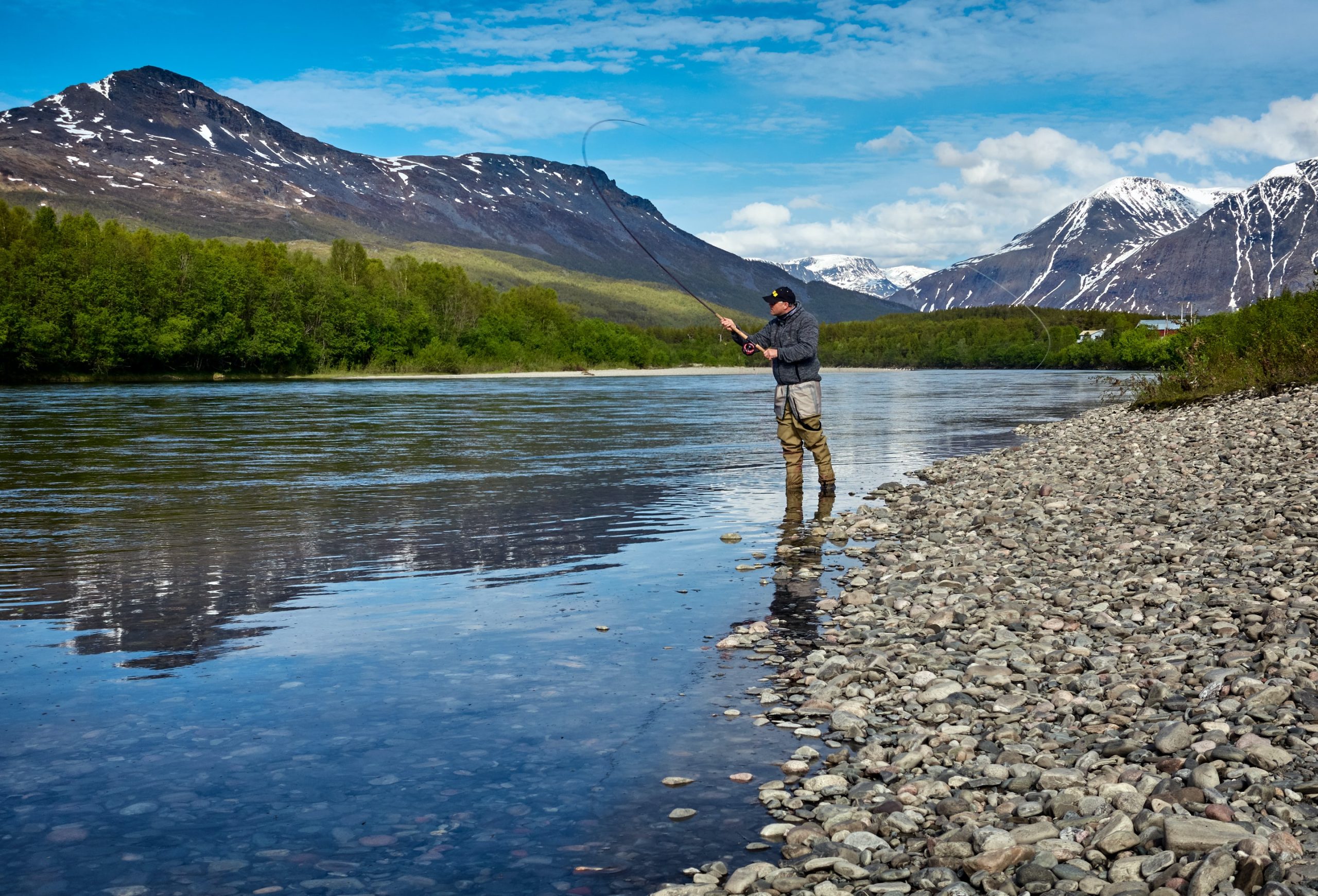 The world’s largest nationwide attempt to reduce working hours has made international headlines – that’s how positive the results in Iceland were. The study showed: Reducing working hours while maintaining full pay makes workers happier, healthier and more productive – and pays off economically. Kontrast has spoken to one of the co-authors of the investigation report, which has been widely talked about.

“I was surprised and impressed by how well it went,” says Guðmundur D. Haraldsson about the attempt to reduce working hours in Iceland. For two years he observed the world’s largest working time reduction project and summarised the outcomes in a report. For him, the results demonstrate the direction in which society could develop. “We should have a goal of 30 to 32 work hours per week as a society.”, Haraldsson says to Kontrast. Quality of life has improved for people in Iceland; their work has become more enjoyable and productive. “This was not entirely unexpected, but the extent was surprising.

The project involved 2,500 employees from over 100 companies, who reduced their working hours from 40 to 35 or 36 hours on average – although the models were very different. The most effective methods were specifically adapted to the respective workplace: For example, fewer or shorter meetings or a better distribution of tasks between employees. Nursing staff changed shift patterns and some offices closed earlier on Fridays because there was less to do.

The experiment was so successful that working hours have now been reduced in general.
Today, 86 percent of Icelandic workers have shorter working hours or at least the right to reduce them while maintaining full pay. The trade unions in Iceland enforced this.
The cost of the project was not very high compared to other government spending – “let alone compared to the Corona-crisis spending”, explains the study author. But one thing is important: “People, trade unions and parties have to take action to achieve shorter working hours.”

Kontrast: Guðmundur D. Haraldsson, you are a board member and researcher at the Icelandic think tank Alda – Association for sustainable democracy. How did it come about that you investigated the attempts to reduce working hours in Iceland in cooperation with the British think tank Autonomy?

Guðmundur D. Haraldsson: At Alda, we mainly deal with issues like democracy and sustainability. One of the issues we discuss a lot in Iceland and wanted to focus on, are shorter working hours. They allow people to participate more deeply in democracy and have more time for themselves or their families. But shorter working hours are also a key to a more sustainable economy.

We started this project because we wanted to show the whole world how the experiment on reducing working hours has turned out. The government, the city council, and the trade unions started these trials. We evaluated them and quickly realized that we needed to make the results known to people outside Iceland. We shed light on the methods of reducing working hours, people’s experiences, and the productivity aspects.

We thought the results were so positive that they were important for a fruitful debate on shorter working hours around the world.

So we took up the matter and decided to write a report.

Kontrast: Which kind of results did you expect, were there any surprises?

Haraldsson: I was surprised and impressed by how well it went. At the beginning of the trial, I wasn’t sure what to expect, but after a while it was clear: it works really well and shows the direction in which society could develop. We were surprised by the amount of positive impact the shorter working hours had on the lives of people who took part in the trial.

Many people were able to improve their work-life balance and had more fun at work. “This was not entirely unexpected, but the extent was surprising.”

Kontrast: The experiments focused on the public sector, what do your results mean for the private sector? Do you think it is possible to reduce working time without reducing wages in other sectors, such as the private service sector?

Kontrast: One of the main arguments in your report is the level of productivity, which remains almost the same or even increases when people work a few hours less. But what about the care sector, for example? There, productivity efficiencies are not possible in this form and shorter working hours increase staff costs …

Haraldsson: In many cases, such as in the health sector, you would need more staff. And that would of course cost money. But that is something we have to do anyway. The health sector and the care sector are under a lot of pressure. This is something that every society should discuss. If we want to increase the quality of life of health sector workers, we should invest this money. This concerns not only the quality of life, but also the economy in general. Because the care sector helps to support other sectors of the economy.

You could also argue that it saves us money in the end. Even if we initially put more money into the sector to reduce working hours, in the end we could save care workers from burnouts and overwork. Ultimately, if people get sick or change jobs because of the high workload, you will have to train new staff. In the long run, we could save money because people would remain longer in the care sector. These are the arguments we should discuss.

After all, especially the care and health sector are under enormous pressure – and have been for a long time, even before the corona pandemic.

Kontrast: In the study, some people reduced more hours than others, ranging from one to several hours. Is there an ideal reduction in working hours?

Haraldsson: We should have a goal of 30 to 32 work hours per week as a society. We should develop strategies and methods so that this can be achieved. It will take time and patience, but if we make this a societal goal and work towards it, we can do it. It means a lot of changes, but they are not bad changes.

Kontrast: Your report states that, because of the study, 86% of the Icelandic labor force has now either moved to shorter working hours or has been given the right to do so. How do you explain this impact?

Haraldsson: The reason is that the trade unions in Iceland have negotiated agreements which allow this. The union density in Iceland is around 90%, which means that most of the population is unionized in one way or another. The study helped them to get shorter working hours or the right to do so. It was a kind of collective and organic process.

Kontrast: Was there also a discussion about either reducing working hours or getting a higher wage, but that both together are not possible?

Haraldsson: There was definitely a discussion about that. The employers did quite insist on that. They didn’t think that you could do both. However, this has already been refuted by earlier studies. For example in the 1980s in Germany, where they did both. So far, despite the move to shorter working hours, there has been no significant inflation from shorter working hours. Even though people partially got both wage increases and shorter working hours. There has definitely been some discussion about this, but our experience is that it is not a major problem in the end. However, it should be noted that the reduction in working hours was moderate in many people’s contracts.

Kontrast: Are your findings transferable to other countries? What advice would you give to the Austrian government or companies?

Haraldsson: I cannot give specific advice to anyone because other countries and situations are often very different. However, I would encourage everyone to think about shorter working hours on a larger scale, to carry out trials and look at possible implementation. Because this is a societal issue, not an individual one. It is not really a question of the individual to determine working hours. Our economic system mostly doesn’t work that way. I would encourage everyone to think about that.

The cost is something people are often afraid of, but that money is well spent. It allows people (e.g. health workers) to have a better quality of life.

In Iceland, money was additionally allocated to the increase of staff in the care sector. This amount was not very high compared to other government spending – let alone compared to the Corona-crisis spending.

At the end of the day, it may not be a big increase in costs even if you do it on a large scale. The studies show that often it is even cost neutral.

Kontrast: There are quite a number of studies in different countries that show the benefits of reducing working hours. Why do you think it is still so difficult to achieve working time reduction on a large scale? What do you predict for the future of European countries?

Haraldsson: If we manage to define shorter working hours as a common goal to strive for, then my prognosis is good. But that will not happen automatically. Past experience shows: People, trade unions and parties have to become active to achieve this.

Kontrast: Do you think the Corona pandemic has helped or hindered these kinds of changes?

Haraldsson: Maybe the pandemic has taught us that things can change for the better just as well as for the worse. We have seen that many things can indeed shift. But we need a certain amount of thought and determination to achieve positive change.

Kontrast: Your report and the results of the studies have been published in many international newspapers around the world – is there anything you would like to add to the discussion?

Haraldsson: There was a lot of coverage of the 4-day week in many newspapers. But the working hours were reduced in different ways. We don’t have to reduce working hours on a certain day of the week. If that is an option and people want that, then it is fine. But we shouldn’t commit to having to reduce working hours on Friday or Monday. We could spread it over the days, we could do it every other week – something like that. Some workers in Iceland have every other Friday off and that seems to work quite well. So we have to be flexible and think about how to arrange the working hours in the respective workplace.

Kontrast: Thank you very much for the interview!

This work is licensed under the Creative Common License. It can be republished for free, either translated or in the original language. In both cases, please cite Kontrast.at / Lena Krainz as the original source/author and set a link to this article on Scoop.me. https://scoop.me/iceland-reduced-workinghours-study/ The rights to the content remain with the original publisher.
original source
REPUBLISH