Over the past 10 years, homelessness in Houston has dropped by 63%. Double the decrease seen anywhere else in the U.S. The city helped 25,000 people out of homelessness. So what does Houston do better than other major cities? The “housing first” concept gives homeless people their own apartment with no strings attached. More than ¾ of the formerly homeless find their way back into society.

A row of tents off the main street, homemade corrugated iron shacks in the shadow of major supermarket chains, and people living in their cars. Images that are no longer uncommon, especially in the big American cities. What’s going on in the land of opportunity?

One in 14 Americans is homeless once in their lives. Many of them only for a few weeks. More than 40% have a regular income. And yet there are those who are permanently without a home.

There are many reasons for permanent homelessness: Sometimes, it’s traumatic experiences, mental illness or addiction. Lately, the rise in precarious jobs, overpriced housing and lack of social security are also driving more and more people into homelessness. The nationwide opioid crisis is acting as a catalyst.

Texas, California, New York, Washington, and Florida: 57% of homelessness falls in these 5 states. Not surprisingly, homelessness is largely an urban problem.

Unlike like Los Angeles, New York, and San Francisco, Houston managed to reverse the trend. In the last 10 years, the city helped 25,000 out of homelessness. What is the concept behind the success?

Basically, it’s simple: homeless people are taken directly off the streets and given their own apartment – with no strings attached. No addiction programs have to be attended, no God has to be found, and even finding a job is secondary. Those affected get a new home, some security and a second chance. In most cases, that’s enough: More than ¾ of the formerly homeless find their way back into society.

The program is funded by a mix of federal, state, county and city funds. Another $100 million is expected to be allocated for it by 2025. Houston Mayor Sylvester Turner wants to cut the number of homeless people in half again by then. The biggest challenge is finding suitable housing, Turner said. One is working, however, with local organizations and businesses.

Finland uses with the same approach to reduce the homelessness in its cities.

The Obama administration’s HEARTH Act requires organizations to work together

Ten years ago, Houston was among the cities with the highest homelessness in the country. Homeless people had to wait an average of 760 days for housing and go through 76 bureaucratic steps. Today, it takes just under a month for a homeless person to be assigned housing. The Obama administration’s Homeless Emergency Assistance and Rapid Transition to Housing (HEARTH) Act played a major role in this.

“We’re not here to solve the problem of poverty. Or the problem of affordable housing” says Ana Rausch, deputy director of Coalition for the Homeless. “We’re here to get people off the streets.” That plan seems to be succeeding.

The law has been in effect since 2012 and ties the allocation of funding to the “Housing First” concept. It also requires organizations to work together under a lead agency. In Harris County (Houston), the “Coalition for the Homeless” has been designated as such. Under its umbrella, more than 100 local and regional organizations work together. Among them are service providers, non-profits, and businesses. They share work, information, and funding. Together, instead of in constant competition. This contributes significantly to the success of the project.

Housing allocation based on vulnerability index: not all homeless people are helped

But even in the Houston metropolitan area, not all homeless people receive housing. In 2021 alone, 50,000 applications were denied. That’s because these applicants are judged according to a federal “vulnerability index.” This is to prevent arbitrariness and discrimination in the allocation process. Only those who are classified as acutely endangered are given permanent housing. If this is not the case, people at least receive food stamps, rent subsidies or social assistance – it’s something, but usually not enough.

The vulnerability index consists of several questions that those affected must answer. They are then ranked based on their answers. With the highest classification, recipients receive not only housing, but also money for rent, food and other needs. They are also provided with social workers to help them take their first steps back into society. Whether it is finding a job, coping with everyday life or seeking therapeutic help.

Most homeless people in Houston, however, are classified as “temporarily at risk” and are given housing for a year. Again, rent is covered. Statistics show that after this year, ¾ of the recipients are back on their own two feet.

Houston has made great strides, yet the “Housing First” concept only alleviates the symptoms, not the causes. Unfortunately, many roads lead to homelessness – not just poverty. Many Americans are only a tiny step away from homelessness: a stay in the emergency room or a sudden bill is often enough. There is a lack of a functioning welfare state, drop-in centres, and sufficient counselling services.

Anyone who wants to fight poverty in America must address structural racism, must reform family and welfare assistance, must raise wages, and must heal the nation’s mental health. At least that’s how the New York Times puts it in an in-depth report on the issues. 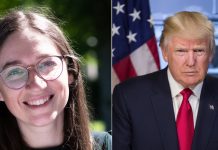