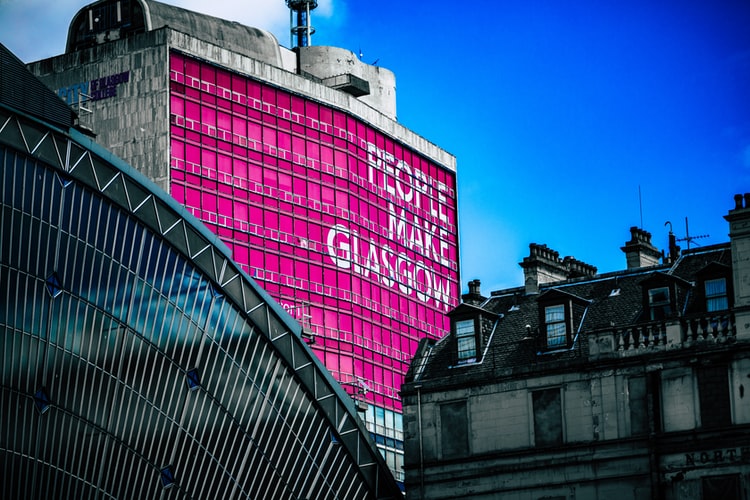 The people of Glasgow are standing up to the Home Office. On May 13th, the morning of Eid, Glasgow’s community successfully blocked an attempt to detain and deport two Indian men. Thousands came out to obstruct the Immigration Enforcement van and voice their support for immigrants and refugees. Their actions show that power lies in community and collective action. Act together, in solidarity with those who need it, and you can improve and protect your community against those wishing to attack it.

At around 9am on May 13th, the morning of Eid, a Home Office Immigration Enforcement van arrived on Kenmure Street, Glasgow. Officers planned to detain and ultimately deport two Indian men accused of immigration offences. Within twenty minutes a local man had wedged himself and his bike under the van. Soon others joined. Over the following hours the crowd surrounding the van grew to over 1000 people. All were there with the intention of stopping the raid in its tracks.

The first members of the crowd were fellow Kenmure Street residents. One neighbour, quick to spot the arrival of the enforcers, tweeted:

“Hypothetically if there were a Home Office van parked right outside your flat on a busy intersection between two roads with cameras on it what could someone hypothetically do about that[?]”

People received the message and began arriving in their droves. The standoff would continue for eight hours. The soundtrack to the protest was the chants “leave our neighbours, let them go!” and “say it loud, say it clear, refugees are welcome here!” Supporters arriving later brought food and water to those in need. Local businesses offered the use of their toilets to protesters.

The community pull together – and win

The man under the van, who prefers to remain anonymous and is referred to simply as Van Man, lay there for the full eight hours. He became cold wearing only a T-shirt. Protesters surrounded him with blankets and hot water bottles. He became thirsty but could not lift his hand to his mouth to drink. Protesters found him a hydration pack so he could remain under the van safely. He stated that:

“The only way that day could have ended was with our neighbours’ release; there were simply too many local people standing in the street for the police to have taken the van away. The strategy does work – and we want the world to understand that it was the people on the streets who won that victory, not the politicians.”

By 5pm Immigration Enforcement were forced to concede. It was clear that the van was not leaving as long as it contained those two men. The community had defeated the Home Office. The protest had been non-violent, with Van Man pointing out that the police “were the only threat of violence that day.”

The men were released to the cheers and applause of the protesters. The crowd marched alongside them until they reached a safe place for the men to stay. Upon arrival the pair addressed those who had supported them, thanking all for pulling together to protect them. The men are now receiving assistance from asylum support groups.

Although this was not a victory for politicians, many did speak out against the raid. Scottish First Minister Nicola Sturgeon tweeted:

“I disagree fundamentally with @ukhomeoffice immigration policy but even putting that aside, this action was unacceptable. To act in this way, in the heart of a Muslim community as they celebrated Eid, and in an area experiencing a Covid outbreak was a health and safety risk.”

While Sturgeon is the Scottish First Minister, control over immigration policy lies with the Conservative government in London.

Despite the wishes of the Government, people are standing in solidarity with immigrants across the UK. Van Man belongs to the No Evictions Network, an organisation set up to protect immigrants in Glasgow from eviction and deportation by the Home Office. They harness the speed of social media, encouraging all to alert them and their followers to any Home Office van as soon as it arrives on the street. When alerted, people block the van and try to secure the release of those detained. The movement is growing and is helping to protect local immigrants and their families.

The events that took place on Kenmure Street send a very clear message. Power lies in community and collective action. Act together, in solidarity with those who need it, and you can improve and protect your community against those wishing to attack it.