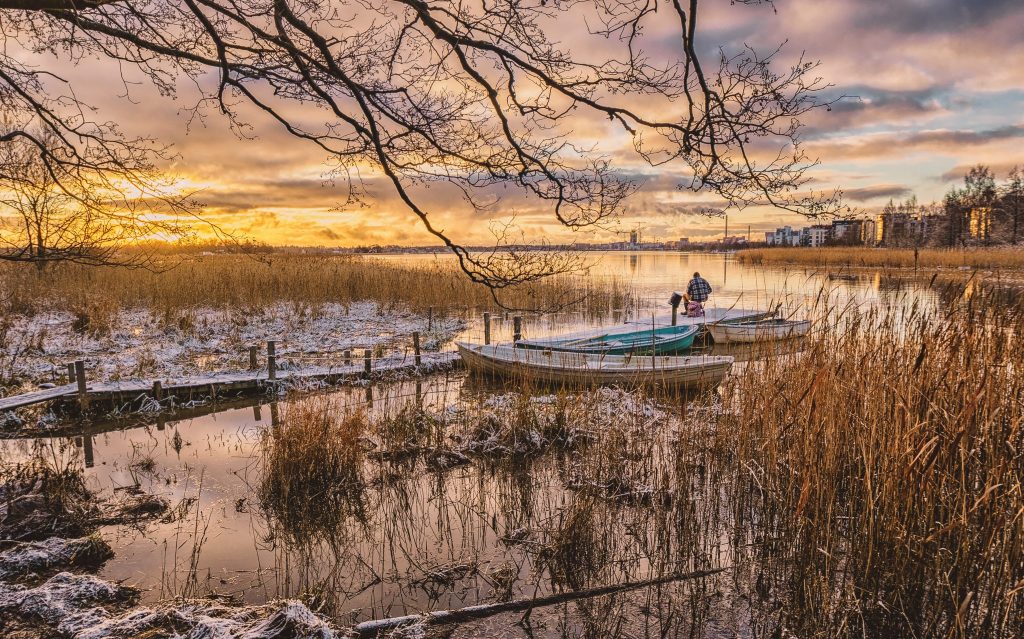 In Finland, the new Social Democratic government under Prime Minister Sanna Marin is focusing on work-life balance, investment in education and social partnership. It is also learning from its experiment with universal basic income. We spoke to Jenni Karjalainen, Special Advisor to the Minister of Employment, to find out more about the plans of this Finnish government.

Kontrast: In recent years, Finland has been suffering under a conservative political agenda with austerity programs, dismantlement of the welfare state, weakening the unions and cutting unemployment benefits. Last year, the social democratic party won back the Prime Ministership and is now heading a progressive government. Could you describe the situation in Finland?

Karjalainen: Of course, we are very glad that the citizens gave us their trust and we won the last election. However, this doesn’t mean that everything is rosy right now. Although the Social Democrats won the prime ministership, we are leading a five party coalition, comprised of The Left Alliance, the Green League, the Swedish People’s Party and the Centre Party alongside us. The Centre Party is the party of the previous Prime Minister, and for them it was not so easy to shift to this new government.

Currently, our biggest challenge is raising the level of employment to 75%. This is a key element of our government programme, and involves getting 60,000 people out of unemployment. Half of this number should be achieved by next autumn. Therefore, the government needs to put new legislation on the table to achieve this goal. It is not going to be easy, especially given the fact that the economists at the Ministry are emphasising cuts to social security and work protections as a way to improve employment levels. For us, these measures are of course the last option. First, we want to improve the public employment services and increase the cooperation between municipalities, public employment services and private companies, so that everyone searching for a new job will receive the services and the support they personally need. This is especially important for people who have difficulties in the labour market, such as senior citizens or people living with a disability.

Kontrast: Finland’s work-life balance seems much better than in other European countries. Nevertheless, your government is discussing further improvement. What are the main challenges in this field?

Karjalainen: The Nordic work-life balance model seems to be both very effective and at the same time very resilient. One important feature of it is the high level of gender equality. Both men and women go to work and share family and household chores, although fathers still use parental leave way less than women do. Gender equality is something that helps a lot in reaching work-life balance. During the previous government, the working time legislation was reformed together with our social partners and now there will be increased flexibility in working time arrangements, which will also improve work-life balance.

One area where we are striving for improvements is the quality of work. Quality of work can always be improved and this is linked with productivity as well – there are countless studies proving that people who enjoy their work and are committed to it are more creative and more innovative. As a result, productivity increases. Of course, it is difficult to quantify the links between quality of work and productivity.

For this government, improvements in quality of work are very important. Therefore, we have a project on wellbeing at workplace that we are about to start together with our social partners.

The aim is to get all the sectoral social partners from the service and industrial sector into this programme.

Kontrast: Finland is a major European tech hub. How can politics help to build an environment for innovation and creativity?

Karjalainen: Our party strongly believes that that our greatest asset is the Finnish society. We have a functional social system encompassing social security, education and work – to name just a few. In addition, gender equality is central, as already mentioned. Moreover, Finnish nature is of course a major asset. These are our core assets and we have to take good care of them. Necessary for this and our economic and technological advancement is having a stable society and economy, and an efficient and trustworthy civil service.

One area where we are facing some challenges are immigration processes. Like everybody else, we are trying to attract global talent to Finland. To facilitate this, we moved the work based immigration legislation from the Ministry of Interior to the Ministry of Employment and Economic Affairs. Now we are trying to create stronger links between economic activity, innovation policies and employment policies. Immigration policy will be more closely linked to these policy areas. And of course, we are trying to integrate everybody who comes here from abroad into our society and facilitate them staying here in Finland.

Then there are of course different research and innovation funding that are available for small and medium enterprises. However, the most important thing might be the quality of the education system. We need to have thriving universities that are attractive enough for global super talents. We have noticed that we still have some problems when it comes to the attitude of employers towards the diversity of their employees. Here in the Northern corner of Europe, not all employers even consider hiring someone outside the ‘typical’ candidate pool. As I already mentioned, senior citizens are also affected by this attitude. We are beginning a campaign on this issue in order to help employers realise that diversity in the workplace is a key way to boost innovation and productivity. When you have people with different backgrounds and different skill sets working together, the end result is often a lot better than when you are working with people with a rather similar background and education.

Kontrast: Finland has carried out a noted experiment on introducing a basic income. A group of unemployed people were given 560 euros for two years without any conditions, even after they found a job. Can you tell us some details on the results of this idea and how it informed politics?

Karjalainen: Not all the results are in yet, we are going to get the last study this spring. But yes, it gained a lot of international interest. However, my party is not in favour of basic income but instead supports more earning related benefits. There are different proponents of the basic income model. Some are from the right of the political spectrum, who say that a basic income would make the system a lot easier to understand. Often, the problem with these ideas is that the basic income proponents set by people from this group would be so low that people would have severe difficulties surviving on it. On the left, ideas about basic income often originate from the belief that people should have a minimum amount to live on, which would make it easier for them to find a job that would fit their skill set. The problem with this idea of a basic income at the level of a living wage is that we have already reached the boundaries of public finances. It could easily become so expensive that the state could not afford it.

I hope that we will get some useful experience out of this experiment that the previous government started. Nevertheless, a further problem is that the project was started prematurely and a lot of relevant factors were left out, for example the effects on other forms of benefits and the taxation system.

Kontrast: There are currently strike threats concerning the extension of working hours, which was introduced under last government. Apparently, people should work an extra 3 days a week without gaining extra money. What exactly is this about and is your government working on a solution?

Karjalainen: The previous government basically forced social partners to negotiate their collective bargaining agreement on the terms that the government proposed. We as Social Democrats try not to interfere in the negotiations of the social partners. Now we have the first collective bargaining agreement concluded without these three extra working days enforced by the previous government. However, the rest of the unions are still struggling with the same issue. I hope we will not reach the point where government needs to interfere. Because we have very bad experience with politicians mingling in labour market negotiations. That is something that is up to social partners themselves.

Kontrast: Your prime minister stated during a discussion in summer, that we should reduce working hours and was mentioning a 4-day week as an interesting option. Are shorter working hours a goal of the Finnish Social Democrats?

Karjalainen: Her point was that given technological development, we should be able to envision a future where we have shorter work-weeks. Prime Minister Sanna Marin’s proposal was to discuss a vision for the future. In our government programme, shortening the working week is not mentioned and not all the parties in government would be willing to take this step. A four-day week could be a Social Democratic vision for the future. However, even in our own party there are different views on it. 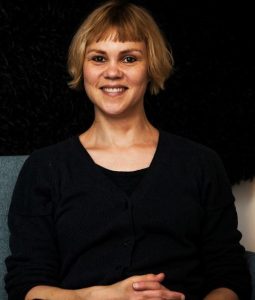 Jenni Karjalainen is Special Advisor to the Minister of Employment of Finland under the government of Prime Minister Sanna Marin. Her expertise lies in labour law, international movement of labour and EU and international legislation.

This work is licensed under the Creative Common License. It can be republished for free, either translated or in the original language. In both cases, please cite Kontrast.at / Thomas Hackl as the original source/author and set a link to this article on Scoop.me. https://scoop.me/finland-work-life-balance-basic-income/ The rights to the content remain with the original publisher.
original source
REPUBLISH