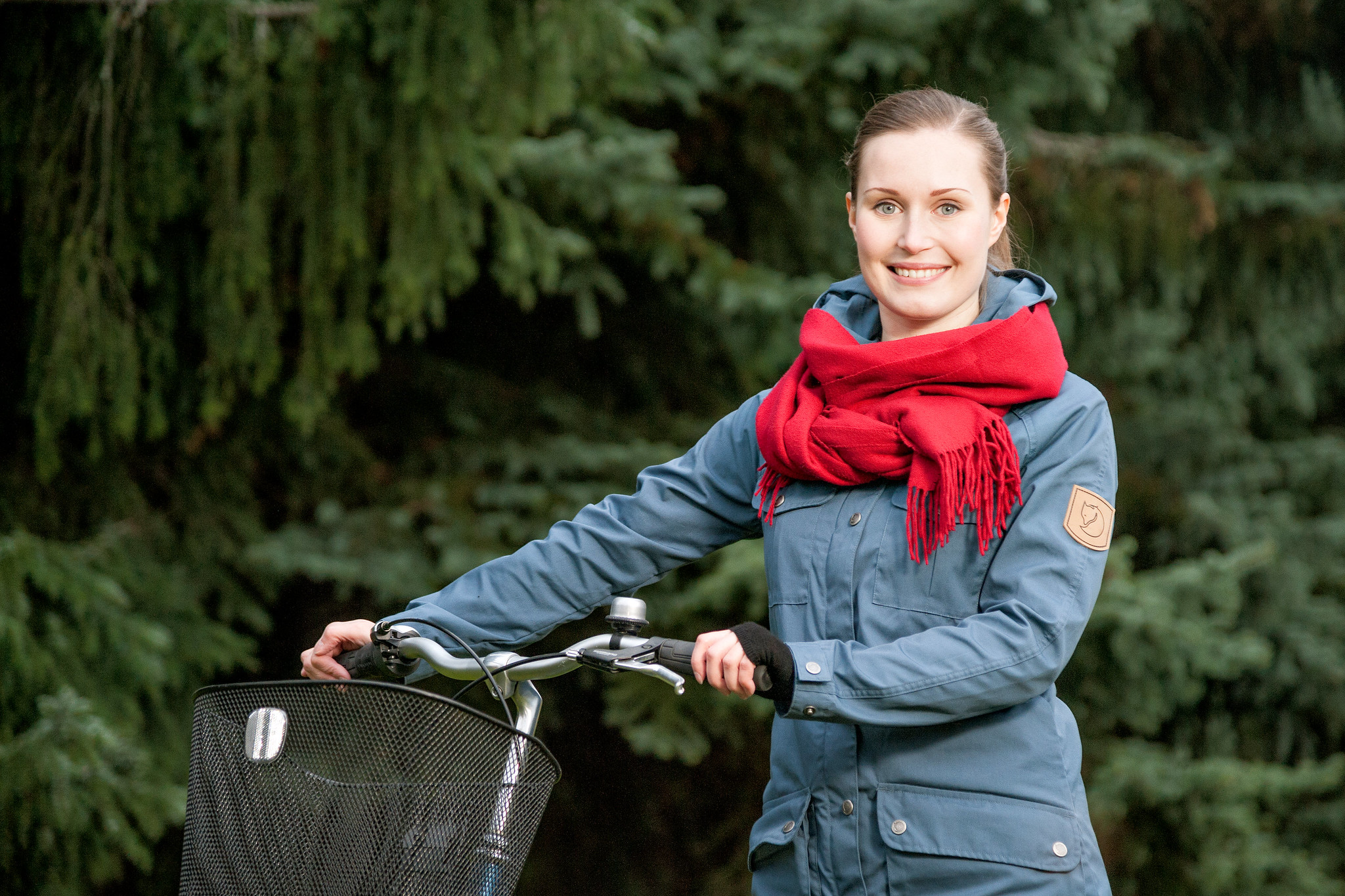 Where the future is already here: in Kalasatama, a new district of Helsinki, people have been living climate-neutrally for years. From the capital’s fishing port to the showcase district, Finland under prime minister Sanna Marin shows how climate neutrality can be achieved – and is also socially just.

Kalasatama, a leading example. In the new district, electricity and heat from renewable energy sources are generated using solar panels or geothermal heat pumps, and the houses are equipped with optimal thermal insulation. There are no longer any huge luxury penthouses, they have been replaced by many community rooms. The new residential area has a perfect infrastructure with subway and electric buses; residents can rent electric cars – you will look in vain for combustion engines. But it is the whole country, not only the former fishing port, that is considered a European model.

Finland´s government under Sanna Marin (picture), youngest female prime minister worldwide, shows that sustainability and social justice can be combined. Through Green budget management and tax reform throughout the nation, Finland shows that a country can integrate sustainability and justice concerns into its public budget planning, both in terms of revenue and expenditure. In this way, Finland achieves its sustainability goals in a socially just way.

Home to the world’s first CO2 tax: Finland was the first country in the world to introduce a carbon tax in 1990. Since then, a series of ecological tax reforms have followed.

World leader: according to the World Bank, the Finnish CO-2 tax is one of the few in the world through which the goals of the Paris Agreement of 2015 can be achieved, which would mean limiting the temperature increase to 1.5 degrees and drastically reducing emissions. Research has also shown that Finland’s is the most effective carbon tax in Europe.

The Finnish government is transparent: since 2018, all major budgets and taxes are to be justified on the basis of their contribution to Finland’s sustainability goals. As a result, the remaining fossil fuel subsidies and other counterproductive expenditures will be subject to increased scrutiny. Government spending on sustainability is also transparent.

Climate justice is always also distributive justice – because it is the poorest who are hardest hit by the climate crisis.

The Finnish tax is also progressive because the revenue from the CO-2 tax is fairly returned to the economy of the country. Regional and distributional effects are taken into account. Higher income earners in Finland are also more intensive energy consumers.

Tax recycling: Finland recycles the revenues of the carbon tax by reducing income tax. The tax burden is shifted from labour to pollution. This is supported by an increase in government spending. Distribution issues are prioritised and managed effectively.

This work is licensed under the Creative Common License. In case of new republication, please cite Kontrast/Mariella Edinger as the Source/Author and set a link to the article in English: https://scoop.me/finland-climate-change-policy-sanna-marin/ The rights to the content remain with the original publisher.
original source
REPUBLISH