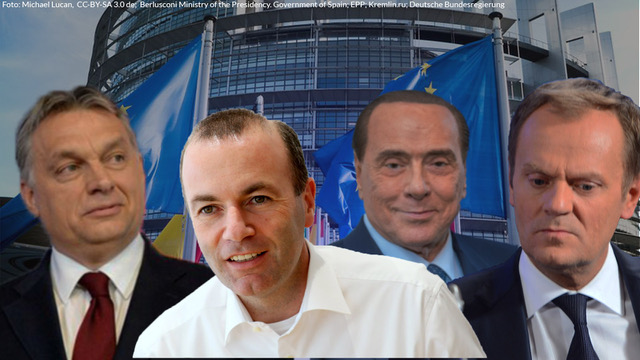 Voting against reducing the gender pay gap, increasing maternity pay and investigations regarding sexual harassment and abuse in the European Parliament: The European People’s Party (EPP) is leading a rigorous fight against women’s rights and gender equality.

In 2015, the European Parliament urged the European Commission to come up with a new strategy on gender equality. It calls on the Commission to reduce the gender pay gap and genderspecific differences in retirement. It also takes on actions to fight violence against women.

In addition, the strategy demands better educational measures to dismantle stereotypes. It also calls for secure and legal access to contraception and abortion. The European Conservatives used these demands as an excuse to reject the overall gender equality strategy.

The following year, on 13 September 2016, an important vote took place in the EU Parliament to increase the balance between work and family life, especially for women. Behind the bulky title “Creating labour market conditions favourable for work-life balance” stand central demands such as the right to continued pay and social protection for women on maternity leave. The EPP voted against this as well.

On 3 October 2017, the EU Parliament passed a resolution including the right to return to working full-time after changing to part-time for reasons such as the birth of a child. The EPP voted against this proposal, too.

On March 1, 2018, the EPP proved how much its members do not care in pursuing an active women’s policy. On this day the EU Priorities on the level of the United Nations concerning the social status of women were decided. The EPP rejected the point ” strengthening sexual and reproductive health and women’s empowerment “.

EPP BELIEVES THAT PRECARIOUS WORKING CONDITIONS ARE NOT DISCRIMINATING WOMEN

In contrast, the EPP agreed that precarious working conditions should be removed from the list of discriminatory practices against women.

Within the #Metoo movement, the People’ s Party once again demonstrated its non-existing commitment to gender equality. During this matter, the EPP voted against setting up a task force of independent experts to examine the situation of sexual harassment, exploitation and abuse in the European Parliament and the existing Board of Appeal.