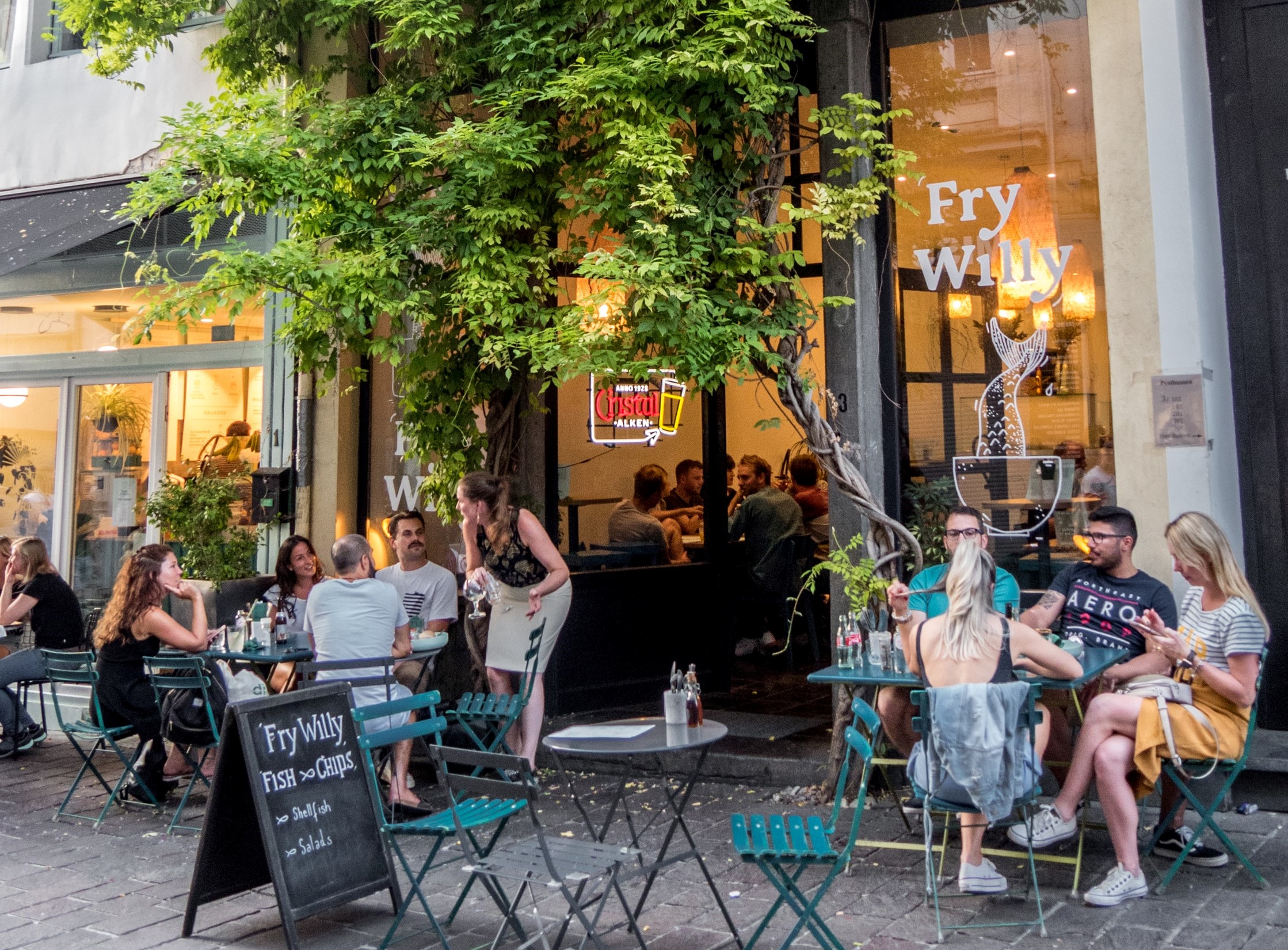 For the first time in history, Kate Raworth’s “doughnut model” for sustainable economy is to be implemented. The city of Amsterdam announces that it will drastically reduce its consumption of resources and materials. And thus revive the economy after the Covid-19 outbreak. The EU Commission is also showing interest.

The deputy mayor of Amsterdam, Marieke van Doorninck, announces her plans for post-Covid-Amsterdam. The city wants to reduce the consumption of new materials by 50% over the next decade. The doughnut model should help to get out of the recession. It has been developed by economist Kate Raworth at Oxford University.

As a concrete measure, products with longer shelf lives will be promoted. The focus will also be on repairs – a concept that is currently being reintroduced into everyday life everywhere. Just think of the “repair cafés” that can now be found in all the hip cities from Vienna to Berlin.

Doughnut model is implemented in Amsterdam

But back to Amsterdam: Restaurants and hotels in the city will be obliged to donate discarded food. In construction industry, there will be special “passports” to document which materials can be reused. In addition, the use of sustainable materials is further encouraged.

Our current behaviour is sometimes destructive: At the moment we throw away products, burn them – even though they contain valuable raw materials, says Doorninck. “Given the fact that materials in the world are limited and scarce, this is inexcusable.”

Future problems will be multidimensional

“I think [the doughnut model] can help us overcome the effects of the crisis,” says deputy mayor van Doorninck. Given the current health-crisis it may seem strange, but the city government has already to think about the time after Corona.

Future problems will be multidimensional: “When suddenly we have to care about climate, health, and jobs and housing and care and communities, is there a framework around that can help us with all of that?”, economist Raworth asks, answering herself: “Yes there is, and it is ready to go.”

The central premise of the theory is simple: The goal of economic activity should be to meet the core needs of all, but within the means of the planet.

Since the 80s we have been living in abundance. At the latest since the financial and economic crisis of 2008 it has been clear to everyone that things cannot go on like this. Based on that, Raworth has developed a theory to radically turn away from the current economic theory.

Her model is based on a very simple picture: Imagine humanity living in a doughnut. In the middle you find the social foundation – the basic needs: Food and drinking water, a decent wage, health, gender equality and political freedom. Around that, there is a circle of ecology, politics and economy.

The area outside the Donut represents the so-called ecological tipping points. These have been identified by science as threats to life on the planet – from the ozone layer to the acidification of the oceans. And in between, we find the ideal space: safe, just and sustainable. According to the doughnut model, we must act within this space to ensure benefit of all.

One example of the application of the doughnut theory is the housing shortage in Amsterdam. The rents are too high – what is the reason for this? What can be done? And just building new homes is out of the question due to the high CO2 emissions.

Sustainable solution with the doughnut: Doughnut-analysis allows you to embed this local problem into an international system, include all variables and thus analyse the problem. After all, from an international point of view, there is capital in abundance. In order to tie up capital profitably, a lot is currently being invested in real estate. Real estate speculation is driving rents into the unaffordable for the normal population – and not only in Amsterdam. But what now?

Kate Raworth explains: “The doughnut does not bring us the answers but a way of looking at it, so that we don’t keep on going on in the same structures as we used to.” With the donut theory, global interdependence can be understood. And only when one is aware of that, it can be questioned and overcome.

Amsterdam as an example for the whole EU

Amsterdam’s deputy major van Doorninck and economist Kate Raworth agree – together they can fight post-corona recession in Amsterdam. But global change can only succeed if national governments and supranational authorities are brought on board. Raworth keeps holding on: Her last meeting before the Covid-shutdown was with the European Commission in Brussels. And the Commission expressed great interest in the model, the economist says:

“The world is experiencing a series of shocks and surprise impacts which are enabling us to shift away from the idea of growth to ‘thriving’. Thriving means our wellbeing lies in balance. We know it so well in the level of our body. This is the moment we are going to connect bodily health to planetary health.”

To read more about a radical economic change: People before profit – the Degrowth movement

All articles published from Scoop.me can be republished for free, either translated or in the original language. You can use them for commercial and non-commercial purposes. You do not need to ask permission from or provide credit to Scoop.me, although it is appreciated when you refer and set a link to Scoop.me and the original author: Scoop.me/Mariella Edinger
REPUBLISH