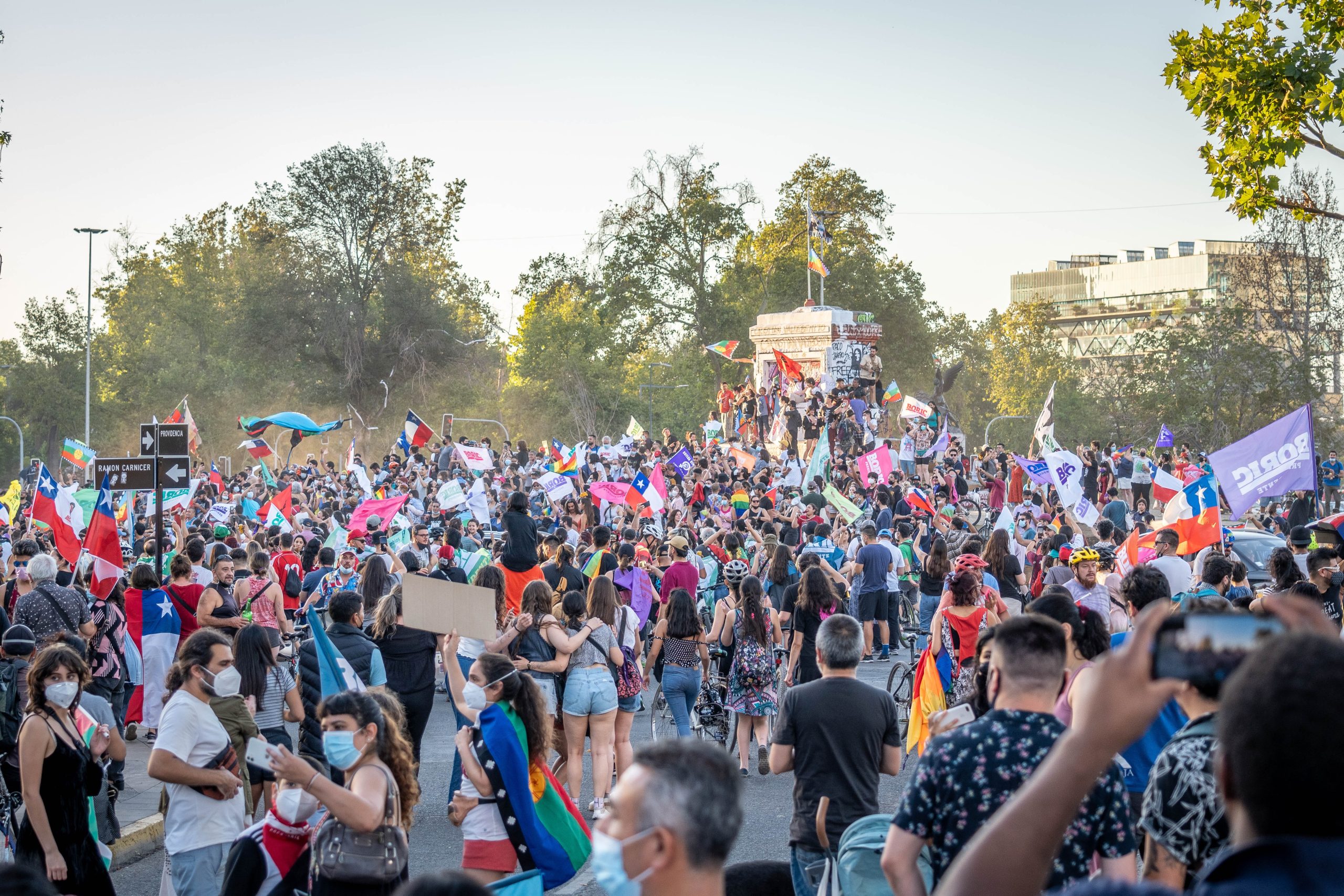 With over 55 percent of the vote, leftist Gabriel Boric was elected the new president of Chile – and the youngest in the country’s history. His goal: to move away from authoritarian politics – and towards empowering the people. On top of that, he wants to tax the rich and corporations and more money for schools and the health system. His coalition, however, is far from a parliamentary majority. Nevertheless, expectations are high.

“Hope has triumphed over fear,” said 35-year-old Gabriel Boric in his first speech as Chile’s youngest president-elect. After a tense campaign for the December 19 runoff election, the leftist presidential candidate has won beyond all doubt.

Nationwide, Boric received over 55 percent of the vote, winning by a margin of over ten percent against far-right candidate Jose Antonio Kast. Only an hour after the polls closed, the acting president congratulated the new one on his election victory, and Kast’s campaign team conceded its own defeat. In central Santiago, tens of thousands of people gathered to celebrate the former student leader’s entry into the government building.

It is a victory for democracy, according to the widespread consensus. Hours earlier, it was unclear whether everything would end so smoothly. The far-right exponent Sebastián Izquierdo had previously openly called for electoral fraud. On the morning of election day, Kast himself questioned the accuracy of the count, announcing that if the difference was less than 50,000 votes, he would go to court to demand a recount. Throughout the day, there was a shortage of public transportation across the country, mainly to bring the poorer population to the polling station. In Santiago, some people waited over an hour to catch a bus.

Boric’s campaign manager and former president of the Chamber of Physicians, Izkia Siches, called through her Twitter account for people to organize carpools to “counter the government’s operation to limit public transportation in favor of its candidate.” Among the poorer segments of the population, Boric was the clear favorite.

A great deal was at stake in the election, since with the right-wing Kast the current constitutional process would have been in jeopardy. The goal of overcoming the neoliberal economic system would have been a distant prospect.

However, the clear election victory was anything but predictable: In the first voting round, the far-right Kast was the clear favorite with nearly 28 percent of the vote and a three percentage point lead over Boric. The political right then united behind the “Chilean Trump,” who has good relations with President Jair Bolsonaro in Brazil and the AfD (Alternative for Germany) in Germany. A campaign of fear from the right that Chile would become a communist dictatorship under Boric and end up just like Venezuela created tensions in broad sections of society.

Ruben Ascensio, 68, watching the vote at a polling station for the Communist Party, said that “since the 1960s, the right has been building up the specter of communism.” Now he is recognizably glad that fear of a second Venezuela was not enough for the right-wing candidate.

For the second round of elections, Boric rallied all the center and left parties behind him. In an enormous effort, the poor and rural communities in particular were visited by representatives of the Apruebo Dignidad coalition (“I vote for dignity”) and the candidate.

In addition to an educated, young and urban middle class, Boric was elected in the runoff especially by the poor population. In the poverty-stricken Santiago municipality of La Pintana, voter turnout grew from under 45 percent to over 70 percent. Boric received a full 70 percent of the vote here. Boric was also well above the national average in communities particularly affected by contaminating industry.

Boric, however, faces a mammoth task. His coalition is far from a majority in the two chambers of parliament. Nevertheless, expectations are high. On election night, Boric promised to be the president of the social movements. That means implementing feminist demands, more environmental protection and social justice, and a “new relationship with indigenous peoples.” He announced the end of the privatized pension system and the creation of a public pension fund.

Meanwhile, he also called attention to the human rights violations of the right-wing government of his still-incumbent predecessor, Sebastián Piñera. To rapturous applause, he promised that “never again will a president in Chile declare war on his own people.”

“Step by step, we will move closer to these goals.” To confront the opposition of business associations, right-wing dominated media and right-wing parties, slow reforms are needed, but most of all the constant mobilization of the population, he made clear at the end of his speech. For election observer Ascensio, Boric is the beginning of a long road to greater social justice in Chile.

This work is licensed under the Creative Common License. In case of new republication, please cite amerika21.de/Malte Seiwerth as the Source/Author and set a link to the article in English: https://scoop.me/chile-boric/ The rights to the content remain with the original publisher.
original source
REPUBLISH