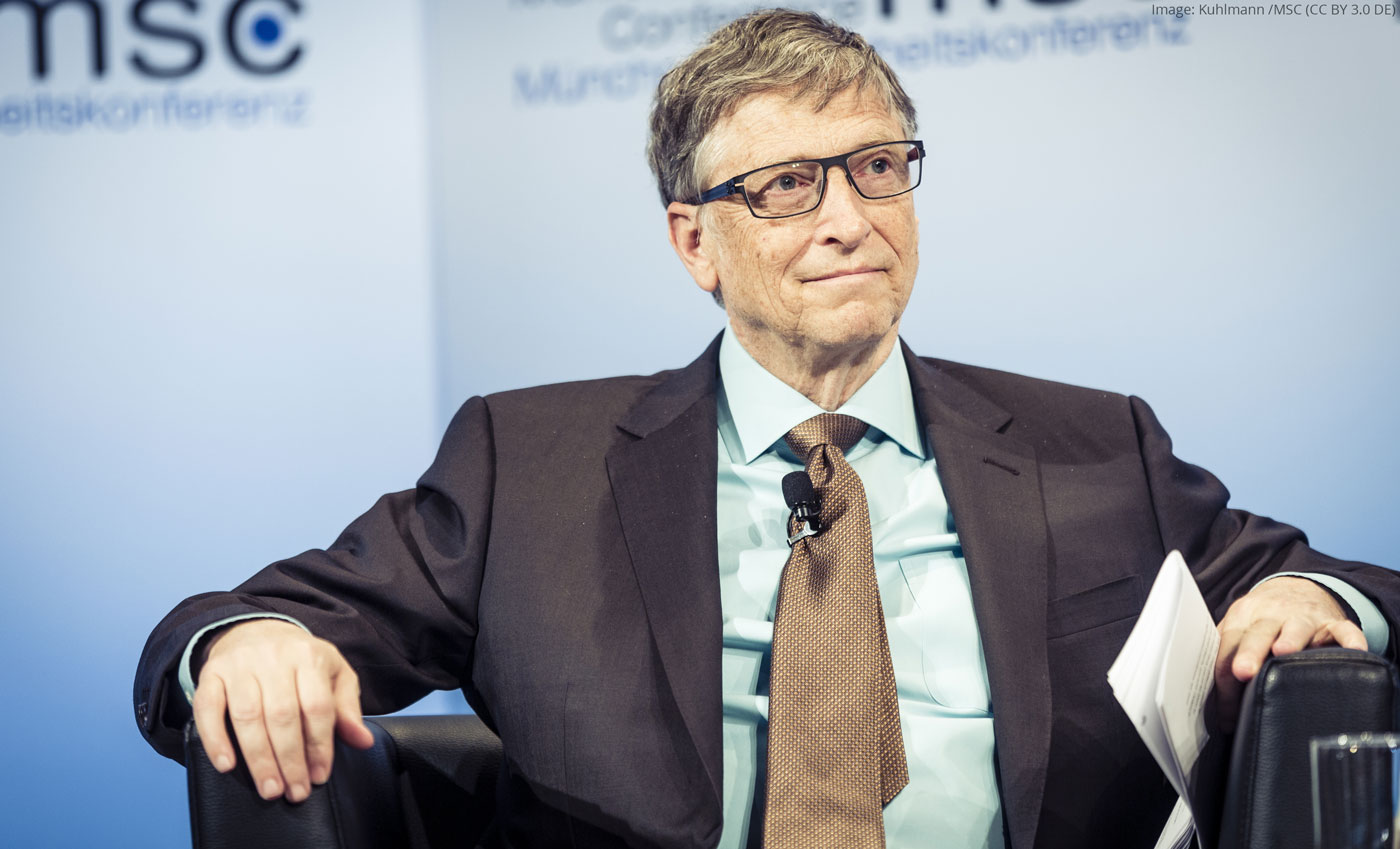 Of all the people in this world, it is the second richest man alive who demands higher taxes for wealthy people like him in his blog. Only in this way can the state make important investments that are long overdue, writes the Microsoft founder. He rejects taxes on a voluntary basis alone.

Bill Gates is the second richest man in the world with an estimated fortune of 97.4 billion euros, only narrowly beaten by Amazon founder Jeff Bezos. Together with his wife Belinda, he runs by far the largest private foundation in the world, the Bill & Melinda Gates Foundation.

And yet Gates says in his blog Gatesnotes: Voluntary charity is not enough, higher taxes are needed for the rich: “Very wealthy people often have large investments they’ve held for long periods, and if those investments aren’t sold or traded, the money is never taxed. That doesn’t make sense.”

Investment income should therefore be taxed in a similar way to average income. This should primarily affect “large fortunes that have been held for a long time (say, ten years or more)” – Bill Gates continued.

In addition, inheritance tax would have to be increased significantly and loopholes in the tax system would also have to be closed. Above all, the low taxation on capital gains is a thorn in his side, as it accounts for a large part of the income of fund managers. Donald Trump had promised to remedy this flaw in the system, but did not keep his promise. As a result, top managers who pocket up to 20 percent of capital gains as a bonus pay less tax to the state than their ordinary employees.

According to Gates, a voluntary surrender of the super-rich, as is often discussed in the USA, is not enough.

“Leaving it up to people to give more than the government asks for is not a scalable solution ,” writes Gates. “Additional voluntary giving will never raise enough money for everything the government needs to do.”

In the face of the ever-widening income gap, Gates is not only calling for a high tax on capital gains. In the USA, the states collect a large part of the taxes autonomously. His home state of Washington is one of seven US states that do not levy any income tax at all. This must change, according to Bill Gates. Above all, it is the high incomes that have to be paid.

This work is licensed under the Creative Common License. It can be republished for free, either translated or in the original language. In both cases, please cite Kontrast.at / Alina Bachmayr-Heyda as the original source/author and set a link to this article on Scoop.me. https://scoop.me/bill-gates-tax-rich/ The rights to the content remain with the original publisher.
original source
REPUBLISH