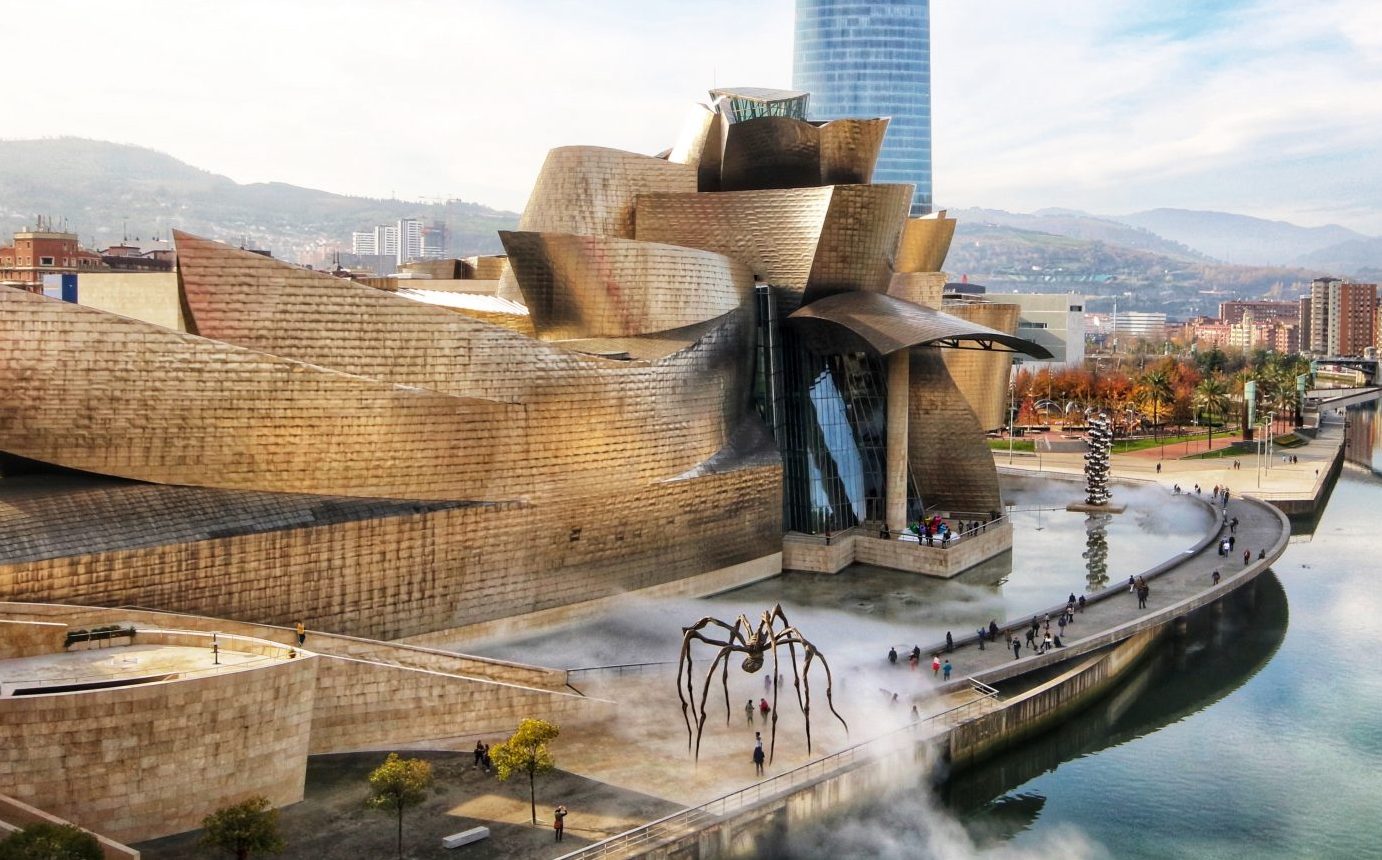 Around 50 years ago, the Basque city of Bilbao in northern Spain was left with nothing. Today, Bilbao is internationally renowned for urban regeneration. The key to success: cooperation between political leaders and the involvement of the population. The world begins to prepare for the coronavirus ending soon. Does Bilbao’s turnaround serve as best practice example and provide us with the ingredients for success in reshaping Europe after the Corona crisis?

In the 1970s, Bilbao in Spain was considered the centre of production for ships, machinery and steel, and as a result the environment was largely destroyed by heavy industry. Then came the major shock of the 1973 oil crisis, which brought the region’s economic engine to a standstill. Unemployment rose to 25% by the mid 1980s. Half of all young people had neither jobs nor apprenticeships. The local population reacted and left the area en masse, and the bad luck that was plaguing Bilbao would not let up. A devastating flood in 1983, which completely destroyed the historic city centre, left the city on the verge of collapse.

But today everything looks different: From one of the most polluted cities in the EU with 50% youth unemployment, Bilbao in Spain has become a clean, vibrant and prosperous city. How could this happen? Does the example of Bilbao’s turnaround provide us with the ingredients needed to successfully reshape a post-Corona Europe?

Bilbao as best practice example while coronavirus might end soon

The flood provided the impetus for real, sustainable change. It was clear to those involved that a genuine new beginning was only possible if everyone pulled together. Political consensus should lead to fundamental change. The ” Strategic Plan for the revitalisation of the metropolis of Bilbao” was agreed on by several parties and launched in 1991.

The vision for the transformation spanned a time-frame of 20 years and, from the very beginning, the inhabitants were involved in the reconstruction of the city. For example, ideas for the revival of public land were first exhibited and presented during this period. In this way, the population was informed in advance about all changes and thus became involved in the transformation process.

But this long-term strategy only worked because, in addition to representatives of the various levels of government and authorities, trade union representatives were also at the table. All of them met in a special committee called “Bilbao Ria 2000”, and also set up a limited liability company to oversee the planning and the whole project as a kind of supervisory body.

Through these extraordinary steps, all those involved, who had the same goal – to save the city from ruin – also had a common approach. Decisions were made by consensus, and this resulted in heavy industry being banned from the heart of the city, the port further out to sea was rebuilt, and so the modernisation of the shipping industry in Bilbao, Spain, was pushed forward.

The result: a new city centre, more public space and improved infrastructure. The projects, such as the construction of a modern, public metro network and a large conference center, and the reconstruction of the city’s soccer stadium, massively increased the quality of life while creating new jobs. In addition, the Guggenheim Museum Bilbao attracted international visitors, which benefited the tourism industry. This is how the Guggenheim Effect or Bilbao Effect came about, for example, for the targeted upgrading of places through spectacular buildings.

Urban planning also improved traffic in and around the city. New bridges were also built, connecting previously separate districts. As a result, the value of property for all inhabitants increased. In this process of change, the entire population was able to find space and benefit from it together.

What can we learn from Bilbao in Spain now?

In Bilbao, Spain, the approach was gradual: Overcoming obstacles as they arose, while ensuring that the agreed plans were fully implemented over 20 years. Is their success a stroke of luck or a regional specificity? Or can Europe learn something from Bilbao´s best practice for reconstruction as the coronavirus might end soon?

First of all, politicians must be clear about the extent of the crisis. Only from this can it derive the need for action. Politicians have to take responsibility – ownership – and preferably across party-political boundaries. At the same time, however, they must remain directly accountable to citizens. After all, they are elected representatives of the people.

They need a common vision to define the process and to win public consensus. Consensus is the key to enabling the upheavals that the transition will cost.

This is where we are all called upon: how do we want to shape our future? And above all: What structures are important to survive future crises? In the case of Corona, for example, state, well-developed healthcare systems and a strong welfare state are the key to cushioning the worst effects on society.

In addition, the financing of the transition must be secured. Europe-wide, common longer-term financing approaches are therefore required. Bilbao was the meeting place for the various parties – for Europe, the EU is now more important than ever. It must take over coordination and political leadership. Individual nation states will not be able to cope with the acute management of the pandemic or the post-crisis period alone.

“In this time of crisis we are facing two particularly important decisions. The first is that between totalitarian surveillance and the empowerment of citizens. The second is that between nationalist isolation and global solidarity,” says Israeli historian and author Yuval Noah Harari

Together we are strong

If we opt for national isolation, this will not only prolong the crisis but will probably cause even worse disasters in the future, writes historian Yuval Noah Harari, for example. The fact is that the coronavirus does not stop at geographical borders, thus demanding European cohesion more than ever.

“So wouldn’t it be a huge gain for everyone if we were to use the current crisis to build a Europe of solidarity and justice for all,” asks Andreas Schieder, head of the SPÖ EU delegation.

What was possible in Spain – the political feasibility of comprehensive change through cooperation and consensus – Europe can achieve all the more by joining forces. But for this, everyone is called upon to cooperate constructively to learn from Bilbao´s best practice. Exceptional circumstances require exceptional synergies. It is probably no coincidence that the popularity of right-wing populism is dwindling across Europe at this very moment.

The Viennese Health City Councillor Peter Hacker described Corona as “not just a disease”, but as a “natural phenomenon”. Schieder also advocates that in future “pandemics such as Covid-19 should also be counted as natural disasters” – this is an important emergency measure to be able to pay out aid money from the EU Solidarity Fund. “More European solidarity must be the answer to the virus that does not respect borders. Free resources must be available quickly and unbureaucratically for the EU states,” Schieder continued.

Corona is also a wake-up call to each and every one of us to join in the change now.

The storm will pass. We should ask ourselves now not only how we can overcome the immediate threat, but also what kind of world we will inhabit when the storm passes.

“If we opt for global solidarity, this will not only be a victory against the coronavirus, but against all future epidemics and crises that mankind may face in the 21st century.”

This work is licensed under the Creative Common License. In case of new republication, please cite Kontrast/Mariella Edinger as the Source/Author and set a link to the article in English: https://scoop.me/bilbao-spain-coronavirus-ending-soon-best-practice/ The rights to the content remain with the original publisher.
original source
REPUBLISH