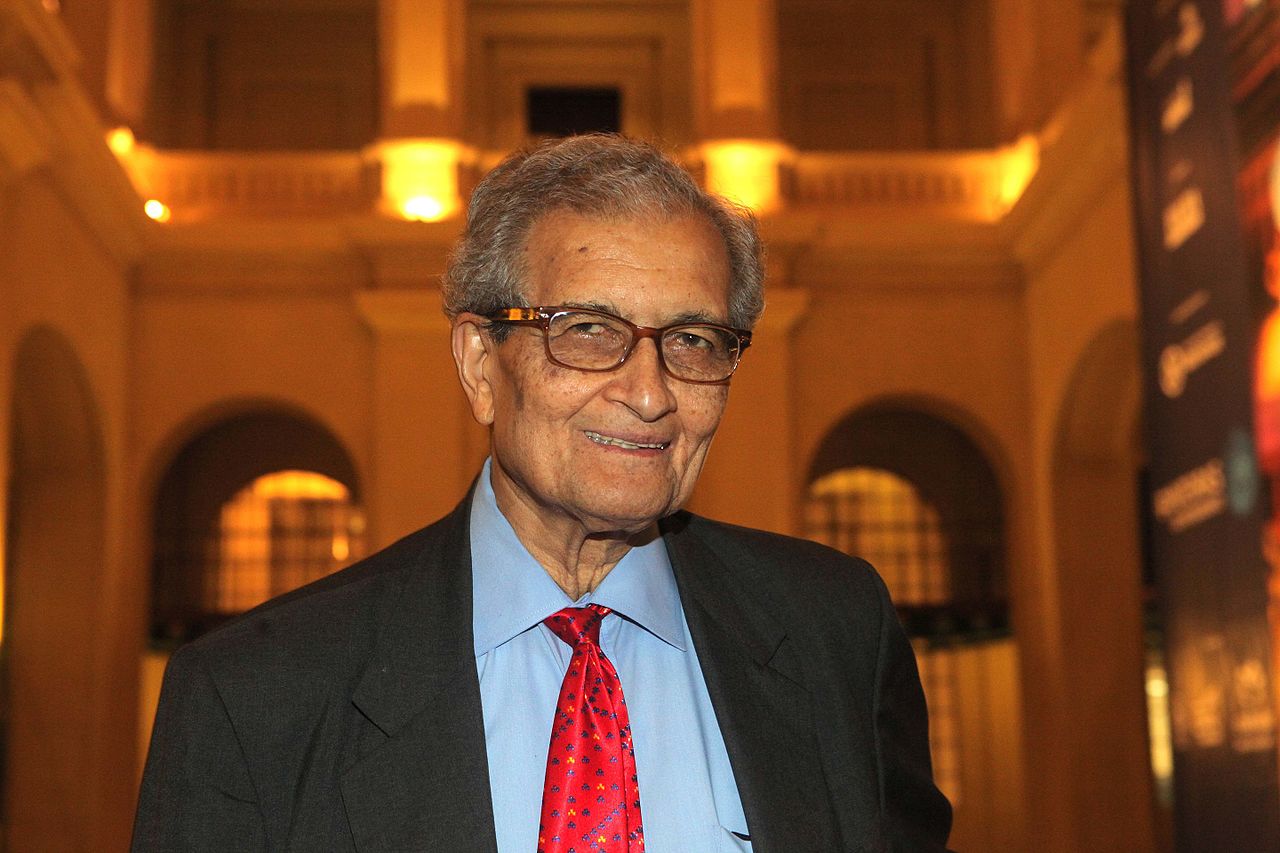 Amartya Sen’s biography is shaped by his early experiences with hunger and racial violence. In October he was honored with the Peace Prize of the German Book Trade. The economist has dedicated his work to the fight against inequality.

Amartya Sen was born in 1933 in Santiniketan, India, as the son of a wealthy academic family. His grandfather taught Sanskrit, an ancient Indian language, and Indian cultural history at the University of Santiniketan. Sen spent his childhood in Mandalay, but mainly in Dhaka. His father was a university professor and taught there. As a boy, he considered following his grandfather’s footsteps and studying Sanskrit, mathematics and physics also appealed to him. But two crucial events made the young man decide to dedicate his life to economics.

One experience in Sen’s biography was the violent clashes between Muslims and Hindus in his home country. Amartya Sen himself is an Hindu, but throughout his life he felt more like an Indian or simply a human being. That was also the way his parents raised him. One day a bleeding man, crying desperately for help, entered her house. Sen was still a child back then, the family lived in Dhaka. The man was a Muslim day laborer who had been stabbed by Hindu extremists. Sen’s father brought him to the hospital, but any help came too late: the man died of his injuries.

Prior to this, he told Sen and his father that his wife had warned him not to go to a Hindu area because of the riots. But the day laborer had no choice: poverty forced him to take the risk. At the age of 8, Sen experienced what racism leads to and that poverty can kill in many ways.

The second trauma of his childhood was the great famine in Bengal in 1943. During the famine, between two and three million people starved to death. Amartya Sen was only ten years old, but one thing struck him: None of his school friends and other people he knew were affected, let alone lost their lives. Not even the middle class felt the effects of the catastrophe. But in the poorest classes of society the hunger was raging.

Again, the young Amartya experienced what social inequality means. He was to have similar experiences several times in the course of his life. For example, when he was studying in Calcutta and only a few street corners away from the university, people were dying in hunger and misery. These experiences in his biopgraphy continue to influence his work to this day.

Amartya Sen realized what would have prevented both tragedies: economic justice. But that was not the only reason why he studied economics. When he starts raving about the “eccentric charm of economics”, it becomes clear that curiosity and fascination for economic relations were equally important driving forces.

This also corresponds to the approach that he was thaught during his school days in a private school in Dhaka. The school valued curiosity and interest in discovery much more  than achievement and grades. In his biography, he quotes a former teacher who said about a fellow student: “She is a really good thinker and yet she has extremely good grades.”

A life in the service of science

In Amartya Sen’s biography, his life always took place at universities. He studied economics in Calcutta, then in Cambridge. But economy alone was meaningless for him, so he additionally majored in philosophy.

After graduating, he taught at most of the world’s renowned universities: Stanford, Harvard, M.I.T., Berkeley, the London School of Economics, Cambridge and Oxford are just some of the milestones in his impressive career as a university professor.

But he did not forget why he had dedicated his life to economics. His research always focused on the question of how social justice can be reflected in economics. Economics not as an end in itself, but for the benefit of the people. For him, democracy is one of the keys to this.

Sen is also one of the founders of the UN Human Development Index. He uses various economic and social factors to describe the prosperity of states, and whether broad parts of the population benefit from this prosperity.

For his work he was awarded the Nobel Peace Prize in 1998. Among many other awards, he received the Peace Prize of the German Book Trade in October 2020. Amartya Sen used his acceptance speech to make a plea for freedom of opinion, peace, distributional justice and the courage to disagree. For nothing is more important to the 86-year-old scientist “… as the opportunity to argue about matters on which we can possibly disagree.”

This work is licensed under the Creative Common License. It can be republished for free, either translated or in the original language. In both cases, please cite neuezeit.at / Neue Zeit as the original source/author and set a link to this article on Scoop.me. https://scoop.me/amartya-sen-biography/ The rights to the content remain with the original publisher.
original source
REPUBLISH