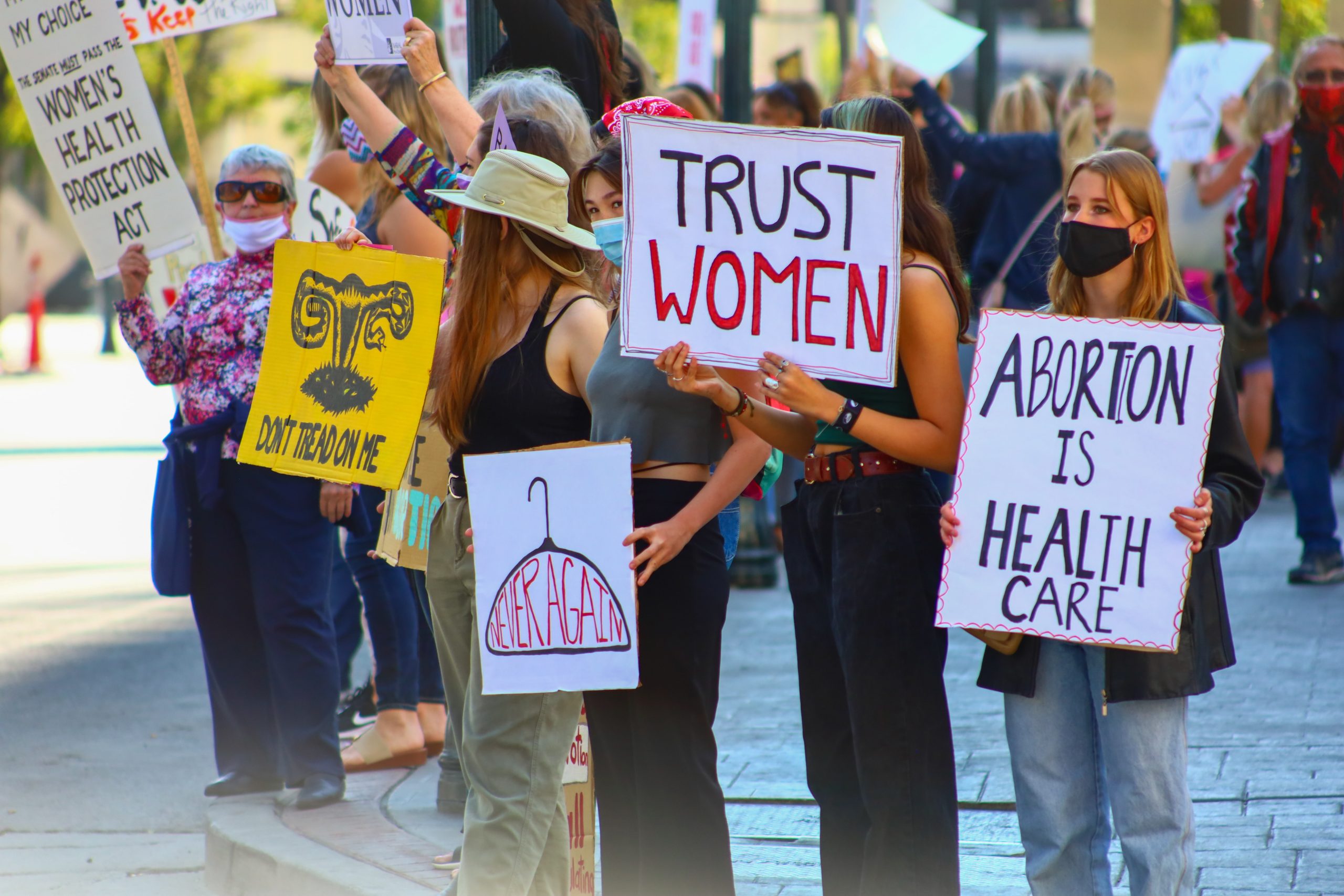 Abortion rights have been in force in the USA for 50 years. In 1973, the Supreme Court ruled a landmark decision that allowed women to decide whether or not no terminate a pregnancy in all 50 states of the USA. At that time, seven out of nine constitutional judges spoke out in favour of a right to abortion in the “Roe vs. Wade” ruling. Prior to that, regulations varied widely by state.

Ever since, women in the USA have been allowed to decide autonomously about abortion in the first trimester. However, from the second trimester onwards there could be certain federal conditions and restrictions, and from the third trimester onwards states could ban abortion altogether. There is also a broad majority among the population in favour of women’s right to legally terminate unwanted pregnancies: According to a recent Gallup survey, more than 80 percent of Americans support the right to abortion – 50 without restrictions, 35 only under certain conditions.

But the right-wing conservative majority on the Supreme Court demonstrated ideological power and struck down the fundamental right to abortion. The US Supreme Court consists of nine justices. Former president Trump has reappointed three of them during his presidency – all which are known to be hard-right ideologues. Two of his nominees had even lied to the senators at their hearing about their stance on abortion rights, claiming that they did not want to overturn the ruling under oath(!). Now they have helped to overturn the fundamental right to abortion – with a majority of five to four votes. Trump celebrates the decision even giving himself credit for the outcome.

A RELIGIOUS CONSERVATIVE MINORITY DECIDES OVER MAJORITY OF US WOMEN

Tens of thousands of people take to the streets against the ruling. Critics consider the ruling an attack on women’s rights and democracy, but also a legal regime change. In any case, the ruling marks a historical turning point: for the first time in the history of the USA, supreme court judges have overturned a previous ruling in order to curtail the rights of their female citizens. Despite great public opposition, the “minority rule” of the high court judges is criticised. This refers to a strict religious-conservative minority that rules over the majority of US citizens.

Their argument for repealing abortion rights is that each state should be free to decide whether or not to grant women the right to choose an abortion independently. However, just one day before the abortion ruling the very same judges ruled to ban states from restricting the right to bear arms in public spaces – just weeks after the Buffalo and Uvalde massacres. The individual right to bear arms, in comparison has been around since 2008 – much shorter than the fundamental right to abortion since 1973.

The consequences for women in the USA became immediately effective: Alabama, Arkansas, Kentucky, Louisiana, Missouri, Oklahoma, South Dakota, Utah and Wisconsin, have   all banned abortions since the Supreme Court decision. In Wisconsin, laws from 1849 are effective again. Idaho, Mississippi, North Dakota, Tennessee, Texas, West Virginia and Wyoming will follow within the next few weeks. In the future, abortion will be punished with heavy fines and imprisonment.

Former president Trump has ensured a right-wing majority in the Supreme Court and is now rejoicing over the ruling that women lose the fundamental right to abortion.

The Supreme Court does not allow any kind of exceptions for abortions after rape or in cases of incest. Children can also be forced to carry children to term as a result of the ruling. A third of the states want to retain the right to abortion, another third aim to restrict but not ban it. Ohio, Arizona, Florida, Georgia and South Carolina want to ban abortions after about six to fifteen weeks.

This means that those who have money and are able to afford traveling will, in the case of an unwanted pregnancy, travel to one of the states where abortion is still permitted. For working class women in particular, however, unwanted pregnancies will become an enormous danger.

BIDEN: VERDICT IS CRUEL AND DANGEROUS FOR WOMEN

US President Biden calls the ruling “cruel” and “dangerous for women”. Democrats are mobilising opposition to it. In theory, the US Congress could pass a right to abortion by law – and thus allow abortion again in all states. However, the Democrats currently lack the majority to do so. Activists accuse them of having renounced the legal anchoring of the abortion ban even when they would have had a majority. The criticism also hits former US President Obama, who actually had a majority in the Senate and the House of Representatives and did not legalise abortion by law.

“My rights should not be a fundraising point for the Democrats.” 💯💯💯 pic.twitter.com/6hNLQ5tZry

Now the Democratic Party wants to pass such a law if it gets a majority in the midterm elections in autumn. Currently, there are 10 seats missing in the Senate for the decision. “In the midterms, individual freedom and women’s right to decide about their own bodies are on the ballot,” US House of Representatives Speaker Nancy Pelosi said on Friday. US President Joe Biden announced that he could sign the corresponding law in January 2023 after the midterm.

CRITICISM OF THE RULING FROM AROUND THE WORLD

Critics fear that the conservative judges could bring down similar landmark laws in the near future: Supreme Court Justice Clarence Thomas has already announced a review of the right to same-sex marriage, access to contraception and the impunity of homosexuality.

Governments around the world have criticised the ruling. The United Nations, for example, pointed out the health risks for women. “Data shows that restricting access to abortion does not stop people from having an abortion – it just makes it more deadly,” the UN Population Fund said on Friday. British Prime Minister Boris Johnson called the decision a “major step backwards”. Canada’s Prime Minister Justin Trudeau called the ruling “appalling” on Twitter. France plans to codify the right to abortion in the face of the developments.

This work is licensed under the Creative Common License. It can be republished for free, either translated or in the original language. In both cases, please cite / Patricia Huber as the original source/author and set a link to this article on Scoop.me. https://scoop.me/abortion-rights-us/ The rights to the content remain with the original publisher.
original source
REPUBLISH 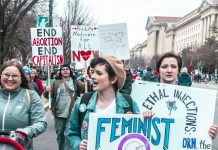